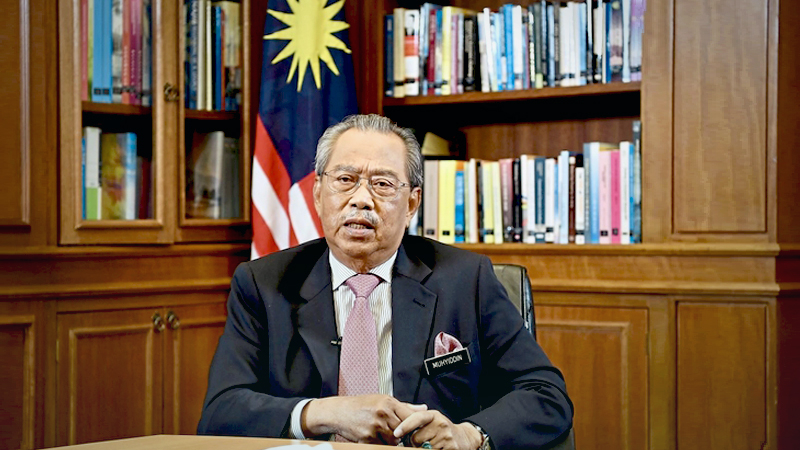 Malaysia maintains its hard ‘no’ to cannabis, says PM

PETALING JAYA: Malaysia will not change its stance on cannabis and cannabis resin as the two substances are still considered harmful to society, says Prime Minister Tan Sri Muhyiddin Yassin.

“On behalf of the government, I would like to stress that we will not change the control status of cannabis and all drugs classified under the Dangerous Drugs Act 1952 as it brings a lot of harm to society.

“The issue of drug abuse is a global and complex matter that is hard to be completely eradicated following changes in trends and emergence of new type of drugs in the global market, ” he said yesterday in a live televised address in conjunction with National Anti-Drugs Day 2021, which falls today.

Muhyiddin noted that the government has targeted to control drugs by 2025, in line with the national drug policy.

The policy includes mobilising the public and private sectors along with civil society organisations towards developing drug-free communities in the country, he said.

Among the main objective is to target 155 high-risk areas nationwide and widen the treatment to increase recovery rates among drug addicts, said Muhyiddin.

It will also involve community empowerment, apart from mobilising related government agencies as well as NGOs in dealing with drug-related issues, he added.

“The government is committed to eradicating the drug problem in the country.

“Apart from that, the National Anti-Drug Agency is also developing an Anti-Drugs Index to measure the effectiveness of enforcement, ” he said.

In line with National Anti-Drugs Day, Muhyiddin also urged Malaysians to play their role by taking part in various social support programmes organised by their residential committees or community leaders, to create neighbourhoods that are safe and free of drug abuse.

He said the programmes focusing on youth should emphasise personality and identity development.

Educational and religious institutions, he added, are among the best intermediaries to educate and raise awareness about the dangers of drug addiction.

He called on people to play a role in ensuring treatment and rehabilitation services are fully utilised.

“For example, if you know any individuals or family members who are involved in drugs, then please try to send them to the Narcotics Addiction Rehabilitation Centre in Sungai Besi for them to receive the right treatment for free, ” he added.

Muhyiddin said support from family, friends and the local community is pivotal as it is part of the recovery treatment for those involved in drugs.