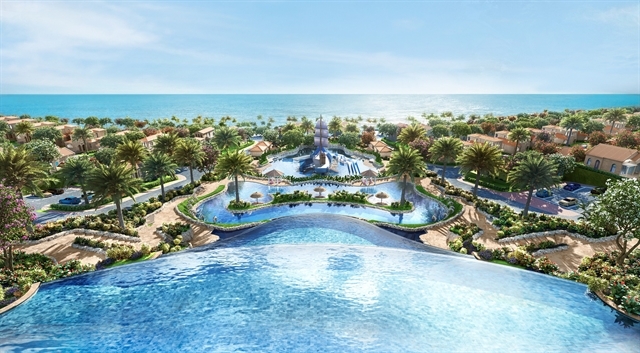 HÀ NỘI - January started on a positive note, with city hotels seeing increased MICE and event bookings, while in some resorts corporate bookings started to return, according to Savills Việt Nam.

“The market in 2021 is expected to be broadly similar with most of 2020, at least until borders reopen to leisure and business trade. Hotels have adapted by considerably reducing operating costs to establish lower breakeven points. The good news is that several destinations are still performing at acceptable levels,” Mauro Gasparotti, Director of Savills Hotels APAC, said.

“Performance in December and January was positive for destinations like Phú Quốc or Vũng Tàu, which have the essential appeals to both local leisure travellers and year-end company trips. In addition, over the past few months there has been very encouraging growth of MICE demand in city hotels. Some city hotels have used promotions, such as “staycation” packages, or F&B deals to nurture local demand, which have supported performance.”

Mauro said: “The market is in a slow recovery. Local demand, even if delivering a strong rebound, has not proven steady enough to support hotel and resort performance. Weekends have been acceptable, but weekday demand is low. Most hotels, by cutting costs, have tried to find lower operational breakeven points, and only a few will be able to see a decent result for 2020. Expectations for 2021 are positive but mainly focused on the third quarter and fourth quarter when travel restrictions are anticipated to be eased, with corporate guests and independent travellers from neighbouring countries able to return and partially support the hotel and resort market."

The recent outbreaks of COVID-19 in Hải Dương and Quảng Ninh have seen preventative measures reinstated across the country. Vân Đồn International Airport was closed after 10 security personnel were found to be infected.

In many localities, containment measures are back, with greater focus on hygiene, mask wearing, washing hands, urging limitation of unnecessary travel, and restrictions of social gatherings, according to Savills.

“There has been an immediate impact on the hospitality business with several cancellations across the country, not only in the affected destinations but anywhere with access via an airport. Prior to these local transmissions, the industry was anticipating increased travel demand during and after the Tết holiday, which would have been a good start to the year, however, the situation has changed everything," Mauro said.

Travel interests are diminishing in a mist of uncertainty with air travel demand dropping 15 per cent immediately after the news release. Tân Sơn Nhất International Airport estimated a sharp drop of 26.5 per cent in air passenger traffic over the Tết holiday compared to last year. Online flight search demand to Đà Nẵng and HCM City during this “peak period of the year” dropped 35 per cent and 34 per cent week-on-week respectively, according to OTA Insight.

"Some companies immediately enforced travel restrictions, with requests to limit attending events or large gatherings. This has directly affected MICE business in city hotels, where several conferences have been put on hold or delayed. Drive-to destinations have also been affected by weekend cancellations,” Mauro said.

“The resurgence of local COVID-19 transmission once again demonstrates its immediate impact on the tourism industry. Travel agencies and hotels are no longer surprised with “the unexpected” but this happening right before the Tết holiday has hurt public travelling interests."

"With the Government speeding up vaccine testing and imports, I hope the situation is soon under control. Hospitality is highly vulnerable to adverse effects. It will only be when people feel confident and safe enough to travel will recovery truly be underway,” Mauro Gasparotti added.

COVID-19 has caused significant disruption to the Việt Nam tourism industry. In 2020, international arrivals of just 3.8 million were down 78 per cent compared to 2019, while the 56 million domestic travellers were down 34 per cent.

Performance of hotels and resorts slumped, with many forced into temporary closure. Occupancies and average daily rates (ADR) both dropped, resulting in revenues being down 70 per cent compared to 2019.

According to a report on the real estate market of the Ministry of Construction, the number of licensed tourism and resort projects nationwide fell sharply in the third quarter with 47 per cent from the previous quarter.

There were almost no changes in number of licensed projects in the North and the South. However, those projects in the Central region increased significantly, adding 37 projects, about six times higher than the previous quarter.

The Central region is also the region with the most resort projects in the country, with about 18,600 serviced apartments and 6,100 tourist villas under construction. VNS