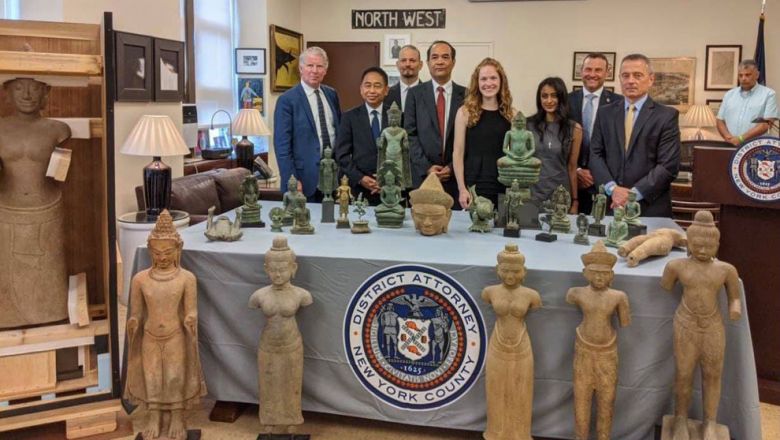 27 stolen Cambodian antiquities to be returned from US

A total of 27 antiquities valued at around $3.8 million are to be returned from the US to Cambodia, according to a press statement of the Ministry of Culture and Fine Arts and the US embassy in Phnom Penh.

The repatriation was announced by Manhattan District Attorney Cy Vance during a handover ceremony attended by Cambodian ambassador to the US Chum Sounry on June 9.

The 27 antiquities consist of Buddhism and Hinduism statues from the Angkorian era, such as a bronze meditating Buddha on a Naga throne, a Shiva idol, and a Buddhist sandstone sculpture of Prajnaparamita.

“Today’s event is a powerful reminder that individuals who plunder and sell culturally significant items are committing crimes not only against a country’s heritage but also its present and future,” the district attorney said during the ceremony.

It was not immediately clear as to when the antiquities would arrive in the Kingdom.