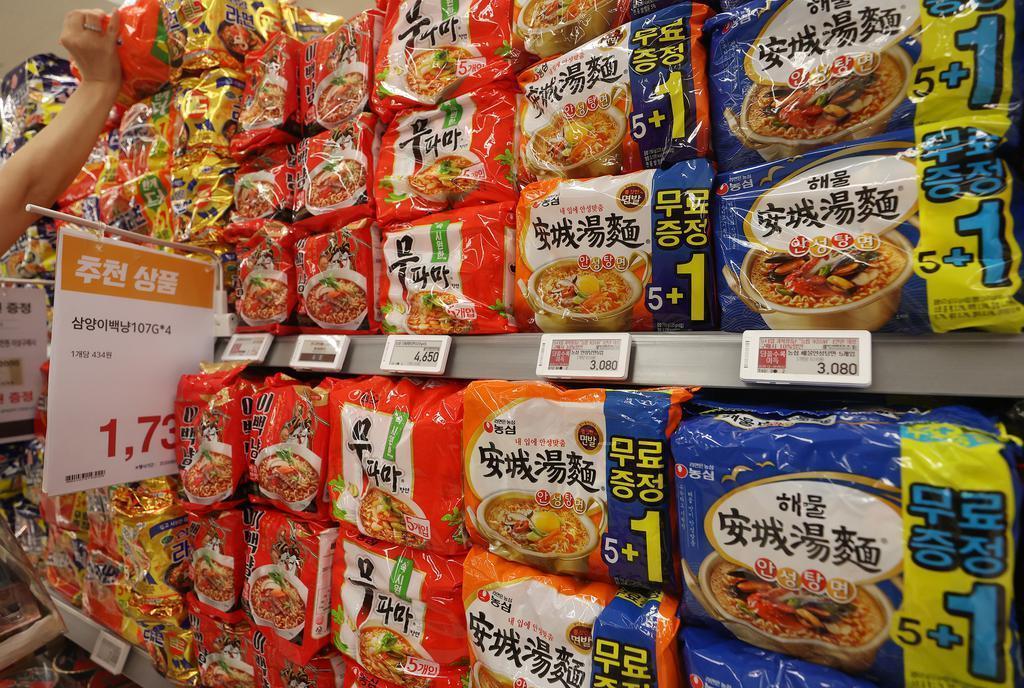 South Koreas instant noodle exports touched an all-time high in the first half of the year amid the coronavirus pandemic, data showed Monday.

Asia's fourth-largest economy exported $319.68 million worth of instant noodles, or "ramyeon" in Korean, in the January-June period, up 5.8 percent from a year earlier, according to the data from the Korea Customs Service.

The amount was above the previous first-half record of $302.08 million set a year earlier.

Yet the first-half growth rate was well lower than the 37.4 percent surge during the first half of last year due mainly to a 15.8 percent on-year fall in shipments to China, the largest export destination.

Other reasons for the slowdown include the so-called base effect and South Korea's export bottlenecks stemming from a shipping container shortage, according to market watchers.

The solid first-half gain was attributed to the global popularity of Korean-made instant noodles as an emergency food in the wake of the coronavirus outbreak that forced people to stay home.

China was the largest overseas market in the first half, with exports reaching $68.13 million.

Meanwhile, South Korea's instant noodle imports came to $4.69 million in the six-month period, according to the data. (Yonhap)