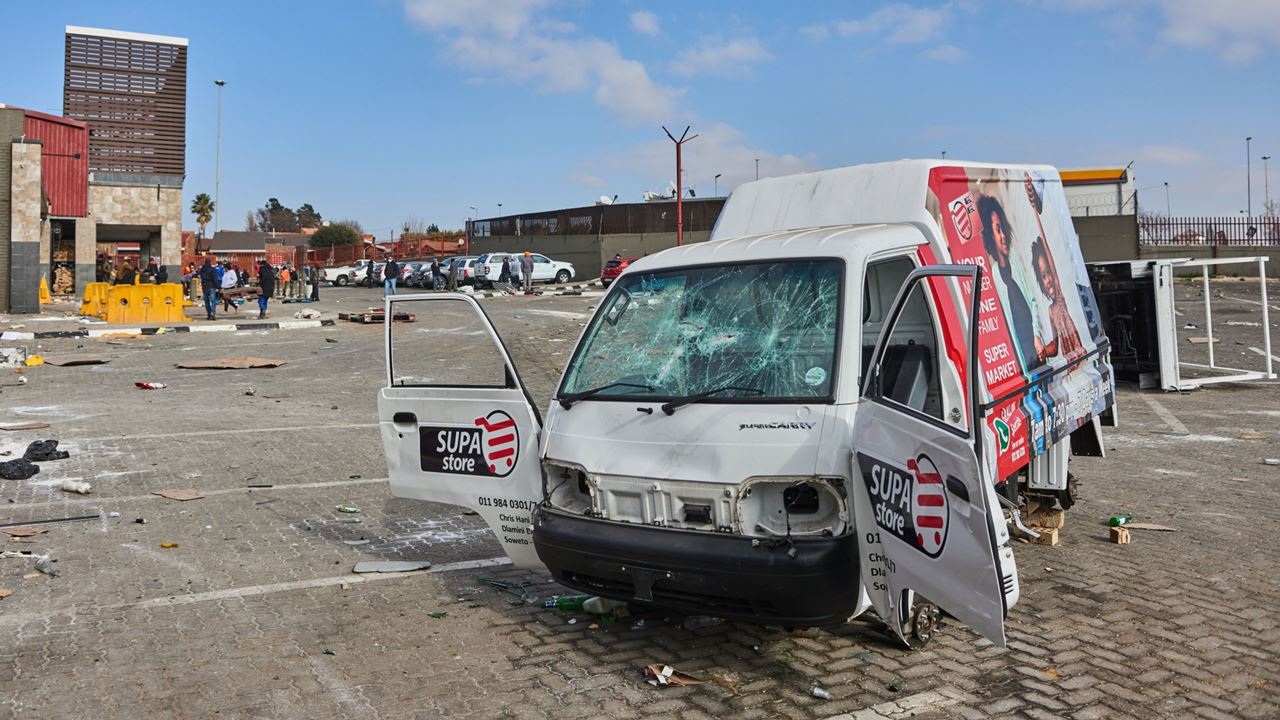 South African President Cyril Ramaphosa unveiled a new relief package to help businesses and individuals recover from a week of deadly riots and coronavirus curbs, as he eased lockdown restrictions amid slowing infections.

The measures include reinstating a monthly welfare grant of $24 (350 rand) for the poor until the end of March, a $27 million (400 million rand) state contribution to a humanitarian relief fund and support for uninsured businesses, Ramaphosa said Sunday in a televised speech. The government will also expand an employment tax incentive, and give companies an additional three months to pay taxes collected from their workers, he said.

The imposition of stop-start curbs since the pandemic hit in March last year has shuttered thousands of businesses and added to already rampant unemployment. The economy shrank 7% last year, the most in a century.

The nation's misery was compounded by protests that erupted in two provinces after former President Jacob Zuma was jailed this month on contempt-of-court charges and morphed into a week-long looting spree in which thousands of businesses and street traders were targeted. At least 330 people died in the unrest, which the South African Property Owners Association estimates cost the country about $3.4 billion (50 billion rand) in lost output and placed 150,000 jobs at risk.

"We have a duty to support those affected by this violence," Ramaphosa said. "Many small and medium-sized businesses, formal and informal, have lost everything and will not be able to rebuild on their own. We will not abandon them."

The president moved the country to an adjusted virus alert level 3, from alert level 4, after a third wave of Covid-19 cases peaked and the government's vaccination program gathered pace.

Alcohol sales, which have been banned for the past four weeks, will now be permitted at retail outlets from 10 a.m. to 6 p.m. Monday to Thursday, and at restaurants and bars up to 8 p.m. A moratorium on leisure travel in some areas was revoked, while gatherings of as many as 50 people will be allowed indoors and as many as 100 outdoors. A curfew will be imposed from 10 p.m. to 4 a.m.

An average of about 12,000 new Covid-19 cases were detected daily in South Africa last week, a 20% decline on the week before, although the situation varied widely from area to area. Infections continued to climb in the Western Cape, KwaZulu-Natal and Northern Cape provinces.

"Infections remain high and we must continue to exercise caution at all times," Ramaphosa said.

The country has issued more than 6.3 million vaccines so far, and will have enough shots to last until the end of the year, with 31 million doses from Johnson & Johnson and Pfizer expected to arrive within in the next three months. Inoculations will be available to all over the age of 18 from Sept. 1, the president said.