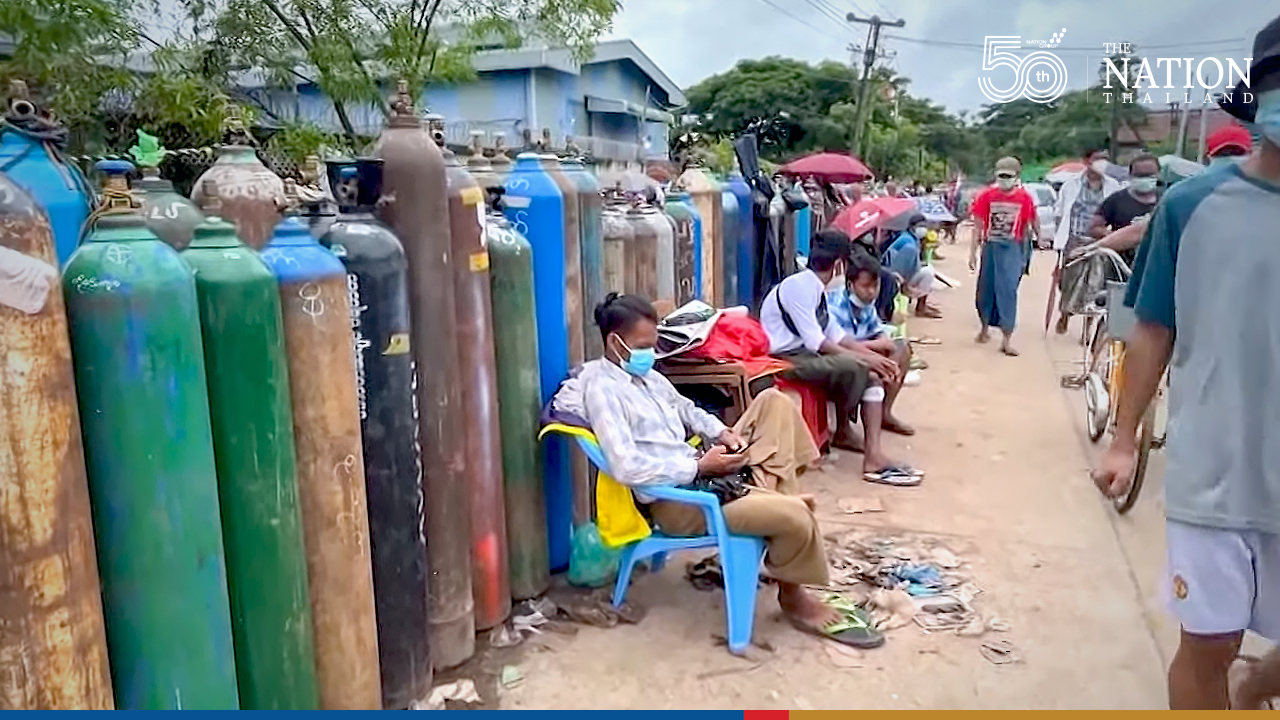 YANGON (REUTERS) - Myanmars military ruler is looking for greater cooperation with the international community to contain the coronavirus, state media reported on Wednesday (July 28), as the South-east Asian country struggles with a surging wave of infections.

Senior General Min Aung Hlaing called in a speech for more cooperation on prevention, control and treatment of Covid-19, including with fellow members of the Association of Southeast Asian Nations and "friendly countries", the Global New Light of Myanmar reported.

The ruling military leader said vaccinations needed to be increased, through both donated doses and by developing domestic production, aided by Russia, the newspaper said, adding Myanmar would seek the release of funds from an Asean Covid-19 fund.

Myanmar recently received two million more Chinese vaccines, but it was believed to have only vaccinated about 3.2 per cent of its population, according to a Reuters tracker.

Infections in Myanmar have surged since June, with 4,964 cases and 338 deaths reported on Tuesday, according to health ministry data cited in media. Medics and funeral services put the toll much higher.

Myanmar has been in chaos since the military ousted an elected government led by Aung San Suu Kyi on Feb 1, with regular protests and fighting between the army and newly formed militias.

Last week, prisoners in Yangon staged a protest over what activists said was a major Covid-19 outbreak in the colonial-era Insein jail, where many pro-democracy protesters are being held.

Efforts to tackle the outbreak have been further hampered by some of the worst flooding in years in eastern Myanmar.

The military has appeared wary of outside help in past disasters, particularly if it believes strings are attached, forcing Myanmar's people to help each other, though a previous junta did allow in aid via Asean after the devastating cyclone Nargis in 2008.

Despite Senior General Min Aung Hlaing agreeing to an Asean peace plan reached in April, the military has shown little sign of following through on it and has instead reiterated its own, entirely different plan to restore order and democracy.

The military justified its military takeover by accusing Ms Suu Kyi's party of manipulating votes in a November general election to secure a landslide victory. The electoral commission at the time and outside observers rejected the complaints.

But in a further sign of the military’s tightening grip on power, the military-appointed election commission this week officially annulled the November results, saying the vote was not in line with the constitution and electoral laws, and was not "free and fair", army-run MRTV network reported.