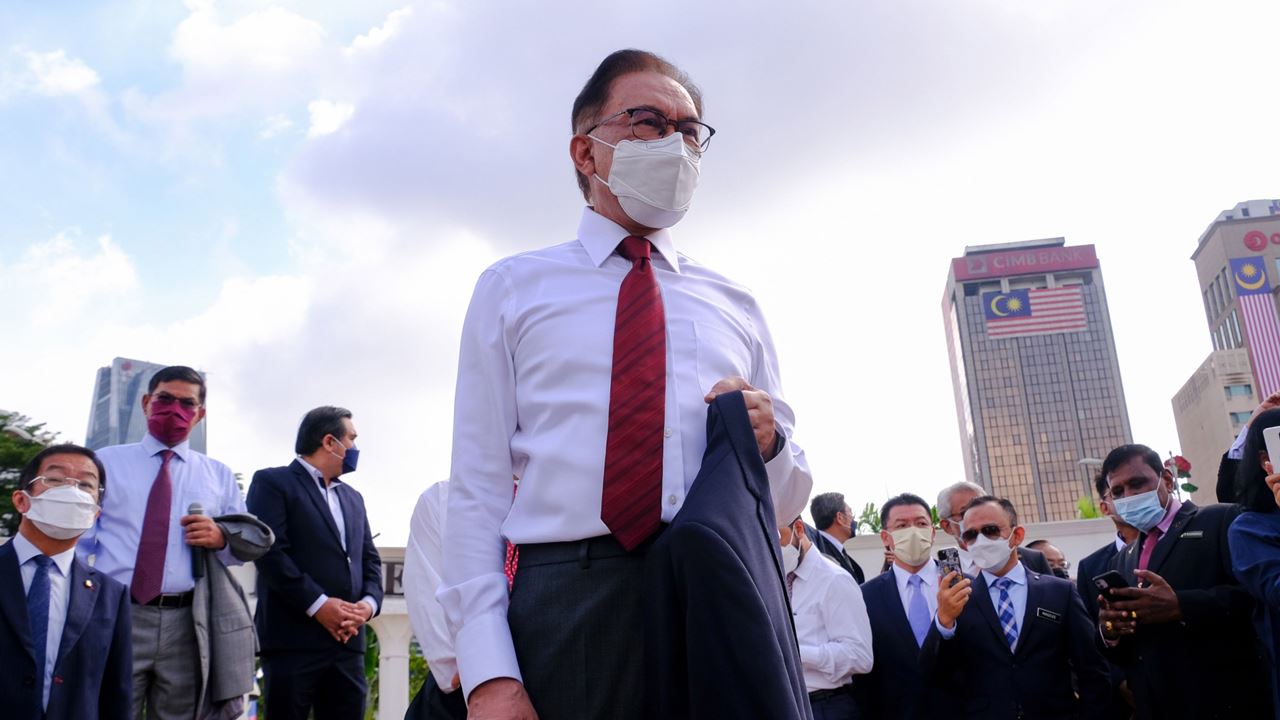 The meeting, which lasted over an hour at the premier's office, was focused on finding common ground to best handle the Covid crisis, save lives and revive the economy, according to a joint statement signed by Ismail and the three leaders of the opposition Pakatan Harapan coalition Anwar, Lim Guan Eng and Mohamad Sabu.

"This was a good beginning for us to present more effective ways to manage Covid, and pro-people programs focused toward the problems of the poor and unemployed," Anwar told reporters in Putrajaya after the meeting.

"If the situation is like this and there are pro-people programs, we will not complicate matters," Anwar said when asked what position Pakatan Harapan would take should a confidence vote be tabled in parliament.

Malaysia's king on Friday named Ismail as the country's third prime minister in just 18 months, after determining that he had the support of 114 of the nation's 220 lawmakers. The slim majority may be put to the test once parliament reconvenes next month.

The meeting suggests Malaysia may see some semblance of political stability return. The main stocks index, which touched a nine-month low on Aug. 4, capped its biggest two-gain since November on Wednesday.

The leaders came to an agreement on strengthening the role of parliament as an institution that provides checks and balances to the executive, according to the joint statement from the premier and opposition leaders. The four also agreed on the importance of the judiciary's independence, institutional reform, and good governance.

Ismail's appointment was a blow for Anwar, who was also a frontrunner for the top job. He had a deal to succeed Mahathir Mohamad as prime minister following a surprise 2018 election win by what was once the opposition. But that never happened, with Mahathir's resignation in early 2020 kicking off instability that has gripped the country ever since.

Anwar said that he thanked Ismail for meeting them, given the hostile stance Ismail's party held toward the opposition leader and Lim's Democratic Action Party. "He replied that it was done in the spirit of the king's decree that we work together," said Anwar.

Ismail was sworn into office Saturday, marking the United Malays National Organisation's return to the country's top post after just three years on the periphery.

UMNO ruled Malaysia since independence from Britain in 1957 before it was ousted in 2018 in part due to the multibillion-dollar corruption scandal involving state fund 1MDB. UMNO was briefly relegated to the opposition, but returned to the ruling coalition last year under the previous administration.

The opposition Pakatan Harapan coalition earlier Wednesday said they would consider Ismail's offer to be a part of the National Recovery Council, which oversees the exit plan from the pandemic, and a committee to manage Covid.