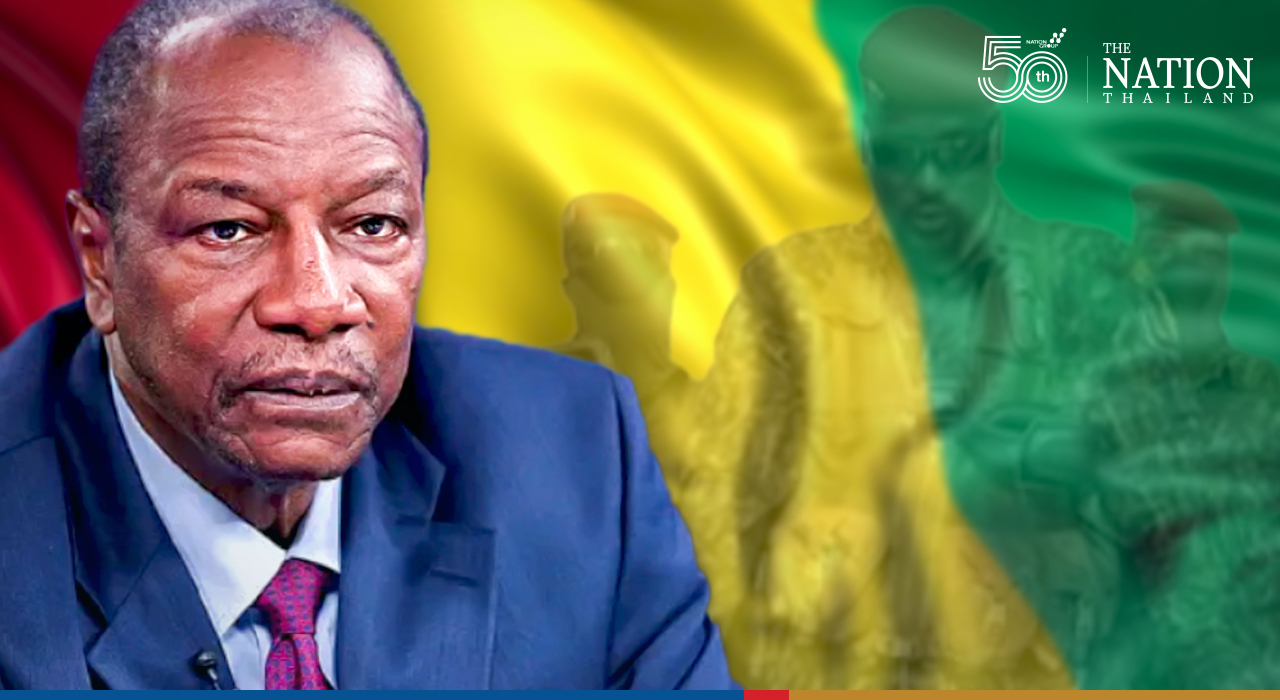 CONAKRY, Guinea - Soldiers have detained the president of Guinea, the head of the nations special forces said Sunday, adding another potential coup detat to a long history of military takeovers.

Col. Mamady Doumbouya said President Alpha Condé was in custody following hours of gunfire in Conakry, the capital of this West African nation, and warnings for people to go home.

"If you see the state of our roads, of our hospitals - it's time for us to wake up," Doumbouya said on state television.

With Guinea's red, yellow and green flag draped on his shoulders, the colonel pledged to forge a transition government that would not harm the nation but "make love" to it.

Soldiers flooded the streets of Conakry, blocking key roads. Confusion abounded before Doumbouya released a video on social media, citing "the trampling of the rights of citizens" and "the disrespect of democratic principles" as motivations for the overthrow.

Condé, 83, took office 11 years ago in the country's first democratic election since independence from France in 1958. He vowed to steer the nation of roughly 13 million out of a culture of corruption that had shaped decades of authoritarian rule while blunting development.

But Condé sparked deadly riots last fall after he sought a third term in what critics blasted as defiance of Guinea's constitution. He argued that changes in the law under his tenure, engineered by his government, had reset the clock on his allowed number of terms.

On Sunday, photos and video circulating on WhatsApp showed the president flanked by men in military fatigues. One asked: "Excellency, have we touched a single hair of yours?" A silent Condé, wearing jeans and a tie-dyed dress shirt, did not respond and kept his gaze from the camera.

The president's detention roused speculation that the army was angry after parliament moved to fatten the salaries of politicians last week while slashing the budget for security forces.

U.N. Secretary General António Guterres condemned "any takeover of the government by force of the gun." In a tweet, Guterres called for "the immediate release of President Alpha Condé."

Local media reported that several soldiers and the president's bodyguards died in the clashes.

Not everyone was joyful.

"It's a disappointment, a feeling of failure," said Mamady Kaba, president of the League for Rights and Democracy in Africa in the capital.

Despite Guinea's immense natural riches, nearly half the population lives in poverty. The country boasts the world's largest reserves of bauxite, the main source of aluminum for cars and beer cans and foil wrap.

Condé cut flashy deals with foreign companies to fashion Guinea into a top bauxite exporter. Critics say he has failed to share the wealth with the people and ruined land in the process. Rain turns roads across the countryside into sludge, Guineans say, and hospitals function in disrepair.

"We hope this will be a new start," Kaba said. "We hope for institutional reform."

It was unclear where the troops were holding Condé. His office made no statements, and government officials did not respond to requests for comment.

The tumult in Guinea comes about three months after military officials in neighboring Mali carried out a second coup d'etat in less than a year.

Doumbouya, a former French Legionnaire who has led Guinea's special forces since 2018, also participated in a U.S. training two years ago in Mauritania. He praised the "sharing experience" in a 2019 interview. (The United States leads an annual exercise in the region focused on fighting terrorism.)

Guinea's military last grabbed power in 2008 after the death of President Lansana Conté, the country's second leader in the post-colonial era - an army officer who'd led the country with an authoritarian fist since the mid-1980s.

Conté himself seized control in a coup backed by Guinea's troops.