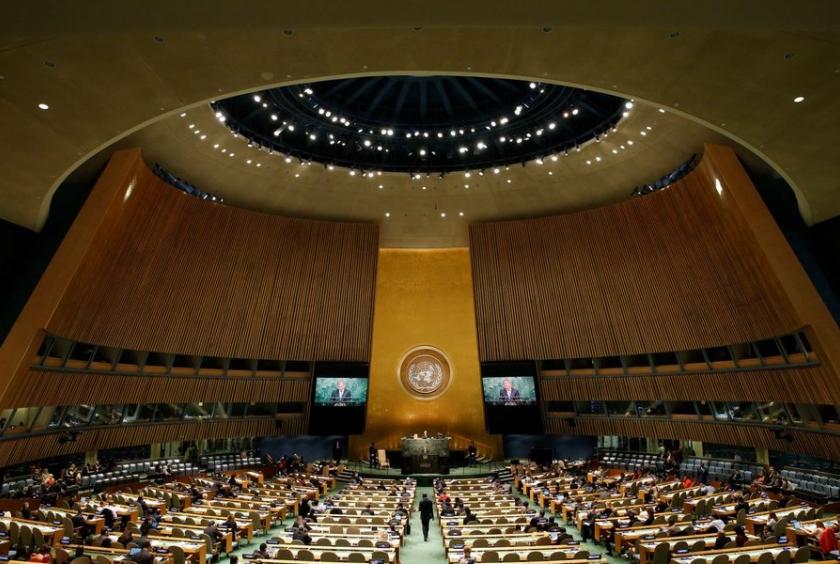 (Foreign Policy)- The United States and China have reached an agreement to block Myanmar’s military government efforts to address the United Nations’ General Assembly next week, serving as a hindrance to the military government’s pursuit for international recognition, at least until November.

However, this agreement between the U.S. and China will require U Kyaw Moe Tun, the still-serving U.N. ambassador who represented the deposed government to ‘hold his tongue’ during the event and to withhold the ‘tough rhetoric’ that he has used over the past year in condemning the military takeover. Additionally, this pact will also delay efforts by Myanmar’s military rulers to pressure U.N. members to recognize it as the legitimate government in Myanmar, at least until November.

This pact, according to multiple diplomatic sources and representatives of advocacy groups, has been informally endorsed by multiple representatives of the EU, members of ASEAN, and Russia. This agreement comes as the U.N. plans to announce a nine-member panel on U.N. credential after the U.N. General Assembly opens on Tuesday (September 14th) to determine the U.N. representative to Myanmar. The committee will chaired by Sweden and includes representatives from Bhutan, the Bahamas, Chile, China, Russia, Sierra Leone, South Africa, and the United States.

The U.S. and its European allies hope to delay any decision on Myanmar’s representation at the United Nations as long as possible, preserving the ‘diplomatic stalemate’ by ensuring that Kyaw Moe Tun retains his U.N. seat for the time being.

In a telephone interview to Foreign Policy, Kyaw Moe Tun confirmed that ‘international negotiations are underway to determine how to move forward on Myanmar’s U.N. seat. He also added that he is highly unlikely to address the UN General Assembly even though the list of speakers at the assembly includes Myanmar.