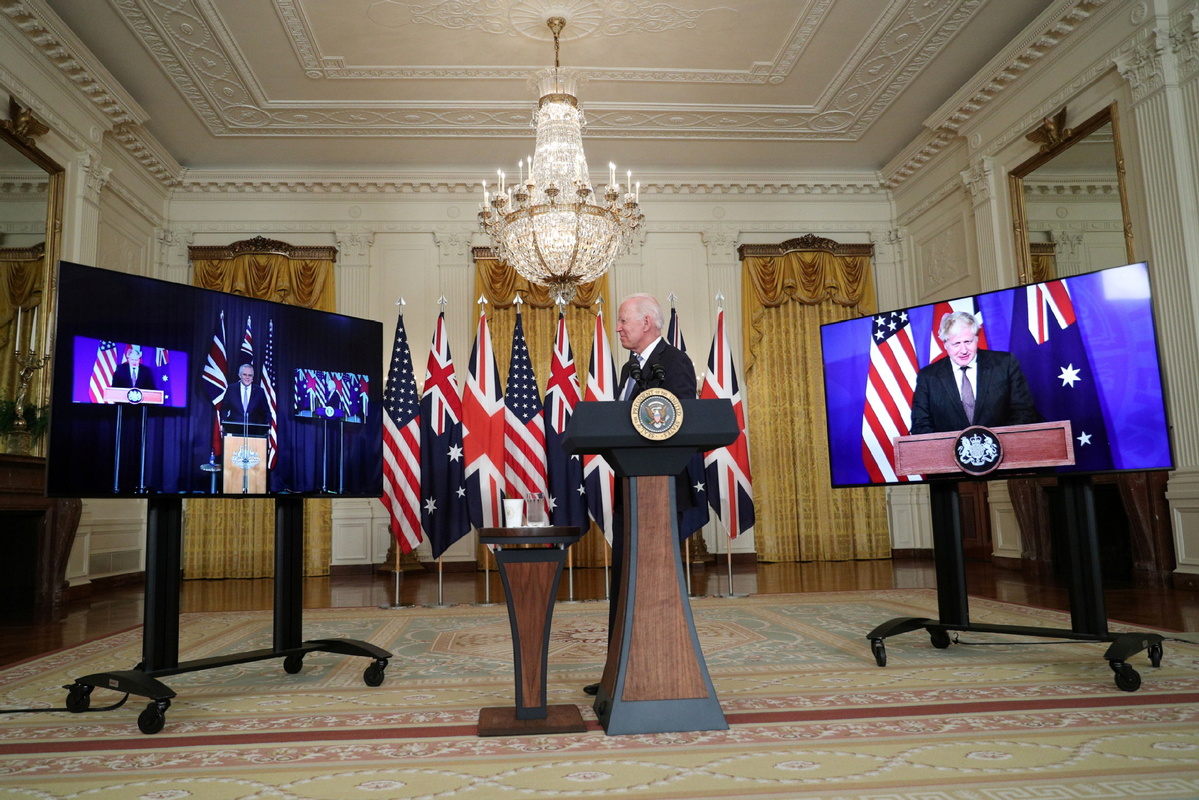 China said on Thursday cooperation of the United States, the United Kingdom and Australia on nuclear-powered submarines severely harmed regional peace and stability, and added it would closely follow the development of the situation.

The three countries announced on Wednesday they would establish a new security partnership, AUKUS, that would involve helping Australia acquire nuclear-powered submarines in a bid to counter China's influence in the Indo-Pacific.

Calling it extremely irresponsible, Zhao said the US and the UK's exporting of highly sensitive nuclear submarine technology to Australia showed that they had repeatedly applied double standards and exploited nuclear exports as a geopolitical tool.

Australia is a non-nuclear weapon party to the Treaty on the Non-Proliferation of Nuclear Weapons and a signatory of the South Pacific Nuclear Free Zone Treaty.

"The international community, including neighboring countries, has every reason to question Australian honesty to honor its commitment of nuclear nonproliferation," he said.

Zhao noted that it was China's consistent position that any regional mechanism should contribute to mutual trust and cooperation among countries in the region and not target or harm the interests of a third party.

"Pursuing closed and exclusive cliques or blocs runs counter to both the trends of the time and aspirations of regional countries, which is unpopular and will lead nowhere," he said.

The spokesman urged the relevant countries to discard outdated Cold-War mentality, a zero-sum game mindset and a narrow-minded geopolitical concept.

"They should respect the people's will of regional countries and take more efforts to contribute to regional peace, stability and development," he said, adding they would otherwise hamstring their own interests.

In response to reports that Australian Prime Minister Scott Morrison had offered China an open invitation for talks after the new pact was announced, Zhao replied he was not aware of the news, reaffirming that mutual respect and trust were the premises for countries to conduct dialogue and cooperation.

He noted responsibility entirely rested with the Australian side for the current difficulties in bilateral relations.