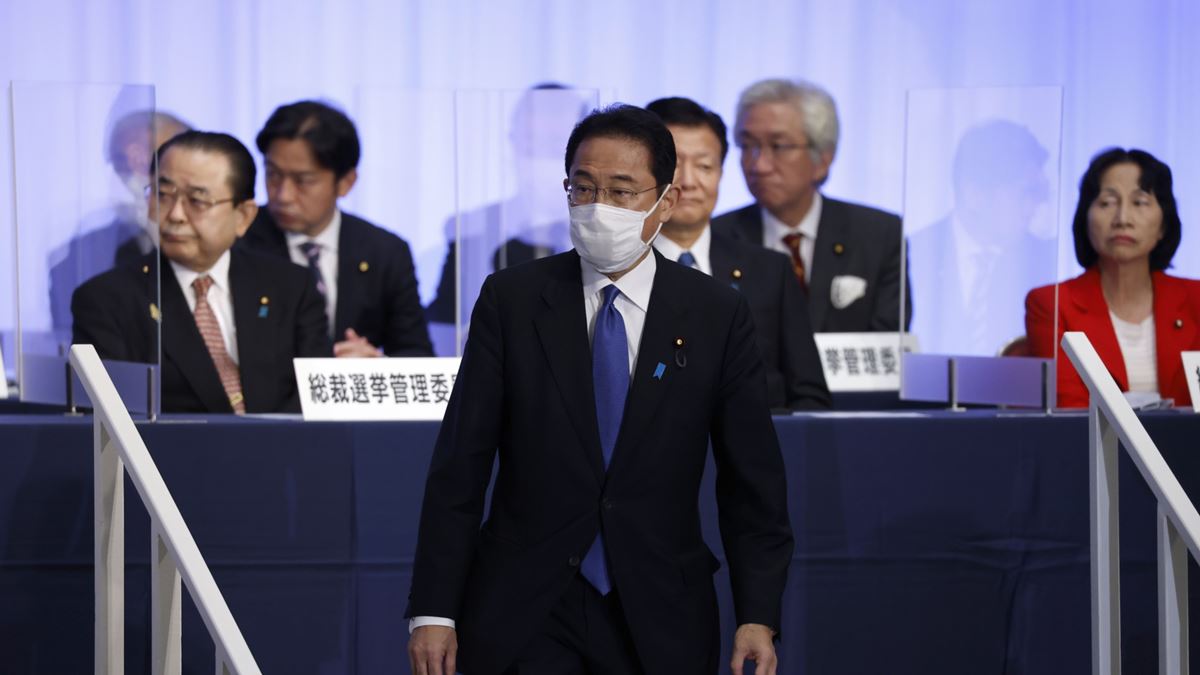 Fumio Kishida secured Japans premiership by showing his strength among ruling party insiders. Now, the ex-banker who has conceded some see him as boring will have to prove he can win over voters frustrated with the governments coronavirus policies.

Kishida, 64, is set to become Japan's prime minister after defeating a more popular reformer, Taro Kono, in an election Wednesday to lead the long-dominant Liberal Democratic Party. While Kishida can all-but guarantee that the LDP will install him as premier at a special session Monday, keeping the job will require convincing a skeptical public he deserves it in a general election within weeks.

Kishida was seen by party members as the safe choice to succeed outgoing Prime Minister Yoshihide Suga, and guide the world's third-largest economy as it seeks to rebound from the pandemic. Although the former foreign minister from Hiroshima has promised a leftward shift in spending, he has reaffirmed the government's core monetary policies and steered clear of the more progressive social agenda outlined by Kono.

Japanese markets, which closed just before the final result was announced, pared some losses, with Topix Index and Nikkei 225 both down 2.1%.

"There's disappointment that with Kishida there's a possibility that the LDP will remain the same way it is now, without any changes," said Shingo Ide, chief equity strategist at NLI Research Institute. "There is also a risk that by trying to reflect input from various people, nothing will get done."

Kishida must prepare to guide the LDP not only through a general election that must be held by by November, but an upper house poll next year. That schedule probably doesn't provide enough time before facing voters to make good on promises to deliver tens of trillions of yen in stimulus spending and redistribute the "fruits of growth."

"The coronavirus has divided the hearts of the people of this country, and I want to bring back the spirit of working together as one team to overcome this national crisis," Kishida told a post-victory news conference. "We cannot manage the pandemic without the cooperation of the people. I want to put together an economic package of trillions of yen before the end of the year, to create an atmosphere where people work together."

Kishida pledged to appoint a younger leadership team and preserve the LDP's majority in parliament with coalition partner Komeito. He has voiced support for the Bank of Japan's easing program, suggesting he'll maintain the government and central bank's joint pursuit of 2% inflation and leave Governor Haruhiko Kuroda in place for now.

Kishida's victory caps an unpredictable LDP election, in which two of the four candidates were female. Although Kono and Kishida were nearly tied on the first ballot, Kishida's stronger support among members of parliament pushed him over the top in the second round after Sanae Takaichi and Seiko Noda -- both female former internal affairs ministers -- were eliminated.

The outspoken Kono has ruffled feathers in the conservative LDP with his support of same-sex marriage and a proposal to overhaul the pension system -- a touchy subject in one of the world's most elderly countries.

"To the many people who supported Taro Kono -- it was my failure and I apologize," Kono said in a tweet.

Kishida -- long seen as a dove on foreign policy for his opposition to nuclear weapons and efforts to resolve a painful decades-old dispute over Japan's past militarism in the Korean Peninsula -- showed a harder edge in his leadership campaign. He has accused China of wanting to export its authoritarian system, and said Japan's defense spending will probably continue to rise.

Nonetheless he has called for dialogue amid souring relations with China, his country's biggest trading partner.

Suga, who abandoned a plan to run for re-election after his once strong support rates plummeted to record lows amid criticism of his handling of the pandemic, was seen as a liability for his party heading into the election.

In one of his final acts as premier, Suga lifted a virus state of emergency as of the end of September as case numbers dropped, easing restrictions that have dragged on the economy and limited operations at bars, restaurants and entertainment venues.

"The next focus will be on Kishida's new policies and how big the next stimulus package will be," said Takeo Kamai, the head of execution services at CLSA Securities Japan Co. "That said, the upcoming general elections will be the main focus for investors, who want to see if the LDP is still able to maintain a majority given how they have handled the pandemic."