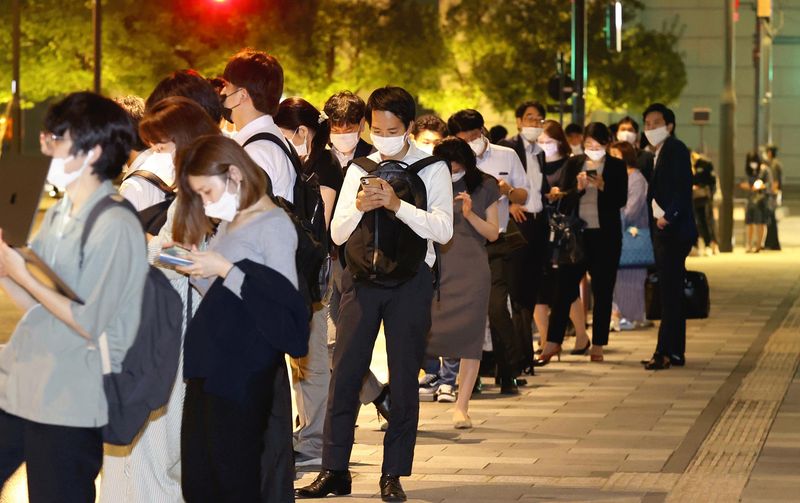 No tsunami was caused by the quake, the Japan Meteorological Agency said.

The quake measured upper 5, the fourth-highest level on the Japanese seismic intensity scale of zero to 7, in Tokyo’s Adachi Ward, and Kawaguchi and the town of Miyashiro, both Saitama Prefecture, north of the Japanese capital, according to the agency.

It was the first time since the March 2011 earthquake and tsunami that a reading of upper 5 was registered in central Tokyo’s densely populated 23 wards.

The temblor occurred around 10:41 p.m. (1:41 p.m. GMT) at a depth of 75 kilometers in a northwestern part of Chiba Prefecture, east of Tokyo, the agency said.

The agency warned of a quake of up to upper 5 in the coming week or so in areas that experienced strong shaking in Thursday’s earthquake.

At a news conference in the small hours of Friday, Chief Cabinet Secretary Hirokazu Matsuno said the government has received a report that one person was injured seriously due to the quake. Sixteen others were also injured but the extent of their injuries are not immediately known, he said.

According to the Metropolitan Police Department, a train on the Nippori-Toneri Liner transit system came to an emergency halt near Toneri-koen Station in Adachi Ward due to the quake, leaving three passengers injured. The first car of the train came off the track.

In Tokyo, there were dozens of reports of water pipe ruptures as well as four fires, according to the Fire and Disaster Management Agency and other sources.

According to the fire department of Zama, Kanagawa Prefecture, south of Tokyo, a 69-year-old man had bleeding from the head after being hit by a falling bookshelf at his home.

In Yokohama, a woman in her 70s suffered slight injuries after being trapped under a closet.

Due to the quake, East Japan Railway Co. briefly stopped train services on its Yamanote, Chuo and other lines. Subway traffic was disrupted on Tokyo Metro Co.’s Marunouchi, Ginza and Chiyoda lines.

According to Central Japan Railway Co. , or JR Tokai, train services on the Tokaido Shinkansen Line were halted temporarily between Tokyo Station and Shizuoka Station, central Japan, due to power failure.

Japan Atomic Power Co. said there is no abnormality at its Tokai No. 2 nuclear plant in the village of Tokai, Ibaraki Prefecture, eastern Japan.