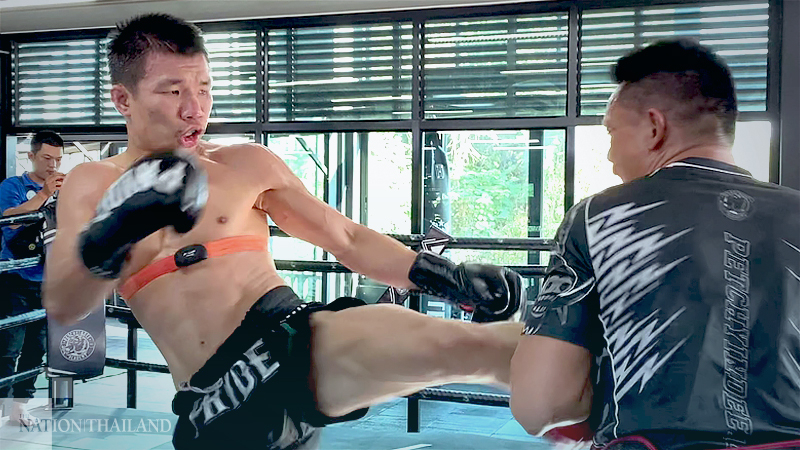 Thai striking sensation Capitan Petchyindee Academy is on a tremendous high right now, and is one of the hottest talents heading into 2021.

The 27-year-old from Nong Bua Lamphu Province, Thailand made his promotional debut in September of 2020 in a rousing knockout performance against six-time Muay Thai and Kickboxing World Champion Petchtanong Petchfergus. He finished his foe in just 6 seconds to record the fastest KO in ONE Super Series history.

The performance earned Capitan the right to challenge for the ONE World Title, and now months later, he’s ready to capitalize on the opportunity of a lifetime.

The #2-ranked bantamweight kickboxing contender, Capitan is set to take on reigning ONE Bantamweight Kickboxing World Champion Alaverdi “Babyface Killer” Ramazanov of Russia in the main event of ONE: UNBREAKABLE, scheduled for Friday, 22 January at the Singapore Indoor Stadium in Singapore.

“Alaverdi Ramazanov is a great, young fighter. I have a lot of respect for him and what he has accomplished. He’s tall, much longer than me, and he has good strong punching and kicking skills as well. He’s the complete package and a tough matchup for sure,” said Capitan.

Following the victory over Petchtanong, Capitan went on to record two other big wins, decisions over Chamuaktong Fightermuaythai and Sangmanee Sor. Cafemuaythai in other promotions. He’s now won 13 straight.

Against Ramazanov, however, Capitan faces a long and rangey ring general who is on a mean streak of his own. The “Babyface Killer” captured the ONE Bantamweight Kickboxing World Championship with a five-round unanimous decision victory over China’s Zhang Chenglong in December of 2019, and now Ramazanov is set to make his first title defense.

Capitan has done his due diligence and studied Ramazanov’s specific style ahead of their blockbuster matchup. He’s identified Ramazanov’s biggest strengths and knows exactly how he’s going to beat the young superstar.

“One thing I have to watch out for is his speed, which allows him to connect on his combinations with power and accuracy. Watching his previous performances in the ring, I think that will have to be his biggest strength,” said Capitan.

“But he’s never faced an opponent like me. I think with my experience and toughness, I have what it takes to beat him. He’s not tougher than me. I am going for the knockout in this fight. I am going to stop him and win the title.”

ONE: UNBREAKABLE is ONE Championship’s first live event in 2021. The event also features a co-headliner between former ONE Lightweight World Champion Shinya “Tobikan Judan” Aoki, and American James Nakashima.