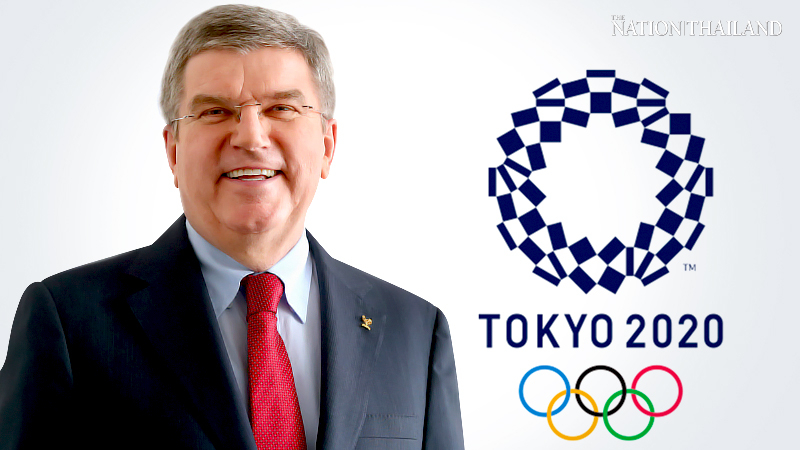 Amid criticism for human rights abuses, China offers vaccines for all Olympic athletes

China has offered to provide coronavirus vaccines for Olympic athletes competing at the Tokyo Games this summer and next winter's Beijing Games.

Thomas Bach, president of the International Olympic Committee, made the announcement Thursday during the organization's virtual meeting, praising China's offer, "which is in the true Olympic spirit of solidarity."

"These initiatives are another milestone in securing the safety of the Olympic and Paralympic Games," Bach told IOC members in a virtual meeting. "They are our demonstration of solidarity with the Japanese people for whom we have such high respect and whom we hold in such high regard."

While China has offered to made the vaccines available, Bach said the IOC would pick up the associated costs to inoculate Olympic and Paralympic athletes bound for Tokyo and Beijing, and also would pay for two more doses, "which can be made available for the population in the respective country according to their needs."

The offer comes amid heavy criticism aimed at China and the IOC over human rights abuses and the treatment of Uyghur Muslims in Xinjiang province. The U.S. government has said China's repression of its Muslim minority constitutes "genocide." Some political leaders have called for the Beijing Games, scheduled to begin in February, to be relocated, and some human rights organizations have urged a boycott.

The IOC has been careful not to criticize its 2022 Olympic host, and Thursday's announcement could amount to a global olive branch of sorts. China, relying largely on vaccines developed by Sinovac and Sinopharm, has pledged about a half-billion doses to more than 45 countries, according to the Associated Press. The coronavirus began circulating more than a year ago in the Chinese city of Wuhan, escalating into a global pandemic that upended life across the world and caused the postponement of the 2020 Summer Games.

Olympic organizers have said that athletes will not be required to be vaccinated to participate in the Tokyo Games but have been encouraging all athletes to pursue vaccination, if available.

The situation is fraught for many Olympic governing bodies. Some have started vaccinating their Tokyo-bound athletes, but those that operate independent of their national government, such as the U.S. Olympic and Paralympic Committee, don't necessarily have early access to vaccines and don't want to appear that they're jumping ahead of other citizens with more pressing needs.

Sarah Hirshland, the USOPC's chief executive, said Wednesday that she's hopeful American athletes will all be vaccinated "well before" the Tokyo Games begin in July, but said there aren't any specific plans in place to inoculate those athletes.

"We are exploring a variety of different scenarios," she told reporters on a conference call. "It is possible that vaccines maybe readily and widely available in local communities across the country as early as May, if we're focused on what the administration is telling us. That certainly provides the easiest logistical pathway for athletes who are training in communities across the country.

"We are also exploring opportunities to help support that distribution to ensure we know where athletes are, where they'll be, there are trials opportunities where we'll have large groups of athletes gathering," she continued. "Ideally, vaccines are administered well in advance of that. But we are looking at every option because the landscape continues to change on a regular basis."

Hirshland said the USOPC medical officials realize there's a limited window to vaccinate American athletes. Waiting until too close to the July 23 opening ceremony could mean some athletes might be coping with possible side effects associated with the shot.

She said the USOPC knows not all Team USA athletes will pursue vaccines before the Tokyo Games, but the organization is working on education efforts so that all Tokyo-bound competitors can make an informed decision.

The organization has been closely monitoring the headlines surrounding the Beijing Olympics. U.S. Olympic officials said they've had discussions with both Congressional leaders and members of the Biden administration, making their stance clear.

"We want to acknowledge that there's been a steady drumbeat of concern about the human rights situation in Beijing," Susanne Lyons, chair of the USOPC board, told reporters Wednesday, "as well as some calls for an athlete boycott. While we would never want to minimize what is happening from a human rights perspective in China, as a values-based organization, we support inclusion, respect and equality for all, but I do want to state . . . that we do not support an athlete boycott. We believe such boycotts have not been effective in the past."