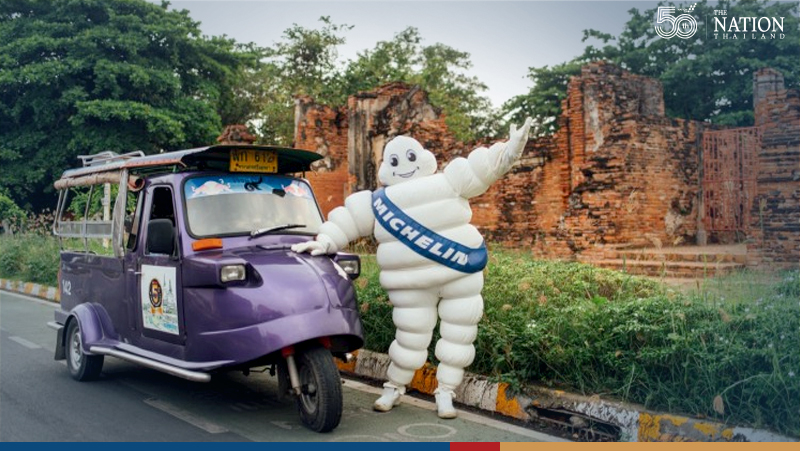 The fifth edition of the Michelin Guide in Thailand will extend its coverage to the ancient city of Ayutthaya – a Unesco World Heritage site and major tourist attraction.

Ayutthaya becomes the fifth Thai territory to earn a place in the gourmet’s bible, after Bangkok, Chiang Mai, Phuket and Phang-Nga.

According to Gwendal Poullennec, international director of Michelin Guides, Ayutthaya is a shining gem of Thai gastronomy. Its unique local cuisine was shaped during its time as a centre of global diplomacy and commerce when it was exposed to Portuguese, Japanese, Indian, Persian and other influences. Its strategic location surrounded by three rivers also provides an abundance of food resources – including freshwater fish and river prawns, as well as fresh vegetables and fruits.

“The city’s dining scene is an impressive fusion of old and new – with long-running restaurants, new eateries in both modern and old renovated building, attractive coffee shops and cafés,” said Poullennec.

The city’s vast culinary offerings, together with its rich historical and cultural background, keep local and foreign tourists coming back over and again, he noted.

Michelin highlighted the Indian/Persian infusion of coconut milk and spices that gave rise to popular Thai dishes such as massaman curry, as well as the Portuguese use of eggs and egg yolks to making desserts such as thong yip (golden egg yolk flower tart), and thong yod (golden egg yolk drops).

“The city has numerous attractions and activities on offer – ranging from historic temples; old foreign settlements such as Japanese, Portuguese, and Dutch; speciality museums such as Million Toy Museum by Krirk Yoonpun, and Thai Boat Museum; riverboat tours; to name but a few,” it added.

The fifth edition of Michelin Guide in Thailand will be released at the end of this year.

Foodies can get a taste at guide.michelin.com/th/en or follow updates on The Michelin Guide Bangkok, Phra Nakhon Si Ayutthaya, Chiang Mai, Phuket & Phang-Nga 2022 at facebook.com/MichelinGuideThailand.

Malaysian Foodpanda delivery boy on the fast track, thanks to benefactor