Italy qualified for the Euro 2020 final after beating Spain in a dramatic penalty shoot out at Wembley after 120 minutes football had ended 1-1.

Although Spain keeper Unai Simon saved the first Italian penalty taken by Manuel Locatelli, Dani Olmo fired over for the Spanish and Alvaro Morata saw his spot kick saved before Jorginho calmly slotted home to send the Italians into the final.

It was harsh on the Spanish, who played arguably their best football of the tournament and should have won the game in 90 minutes.

The only change made by Italy coach Roberto Mancini ahead of the game, was to bring Emerson in at left back for the injured Leonardo Spinazzola, while Luis Enrique brought Eric Garcia for Pau Torres in defense, while Dani Olmo and Mikel Oyarzabal replaced Alvaro Morata and Pablo Sarabia, who has a muscle injury

The Spain coach was clearly looking for greater mobility and a high line of pressure against an organized Italian defense and after an even opening five minutes, Spain took control by swamping Jorginho and Verratti with their midfield pressure.

Ferran Torres then shot wide and Del Olmo saw a shot well saved by Gianluigi Donnarumma, while Italy had a chance only for Barella to be crowded out with Spain keeper Unai Simon out of his ground. 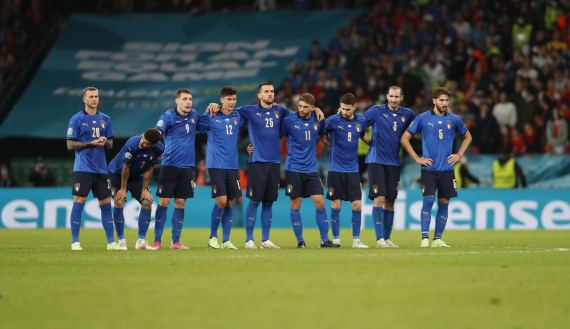 Italy had controlled the ball in their earlier games and were clearly uncomfortable against Spain's pace and aggression.

The second half started as the first ended with Di Lorenzo putting Olmo's cross out for a corner with Torres waiting to pounce, before Sergio Busquets fired just over after a pass from Oyarzabal.

Chiesa put Italy ahead with a curling shot into the corner of the net in the 60th minute after Eric Garcia allowed him to cut inside and pick his spot.

In extra time the impressive Olmo almost surprised everyone with a low free kick, with the ball pinging around the area before bouncing out. Donnarumma then punched clear as Morata threatened to pounce.

The second period of extra time saw little in the way of chances and the game went into the dramatic penalty shoot-out. 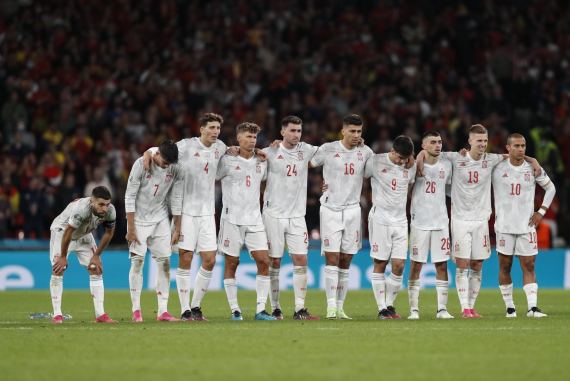 Teacher emerges as ray of hope for teens online schooling