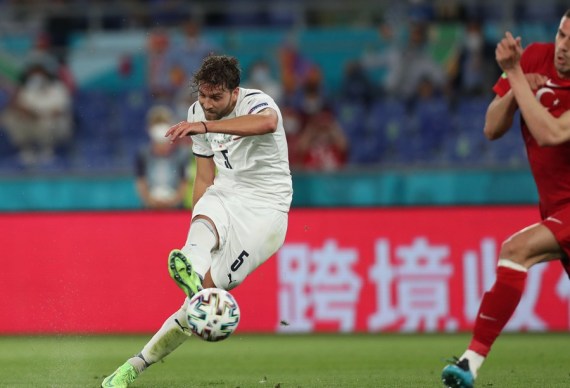 Serie A giants Juventus have finally wrapped up Manuel Locatellis transfer on Wednesday, as the Italian international joined the Bianconeri from Sassuolo on a loan deal with an obligation to buy.

Having come through the youth academy of AC Milan, Locatelli established himself as a gigantic presence at Mapei Stadium after moving to Sassuolo. In Azzurri's triumphant Euro 2020 campaign this summer, the midfielder also provided an outstanding performance, as he bagged a brace in Italy's 3-0 group victory over Switzerland.

The negotiations between Juve and Sassuolo have been dragging on for months. It was reported Arsenal had a high offer, but the player only set his heart on the Old Lady.

According to Juve, an agreement with Sassuolo for the free temporary acquisition, until June 30, 2023, of the registration rights of Locatelli has been finalized.

"The agreement entails the obligation for Juventus to definitely acquire the player's registrations rights, subject to the achievement of certain given sporting objectives by the end of the season 2022-23. The agreed consideration for the definitive acquisition is 25 million euros, payable in three years," read a statement.

"Furthermore, a maximum of 12.5 million of cumulative bonuses are envisaged upon achievement of further sporting performance objectives," it added.