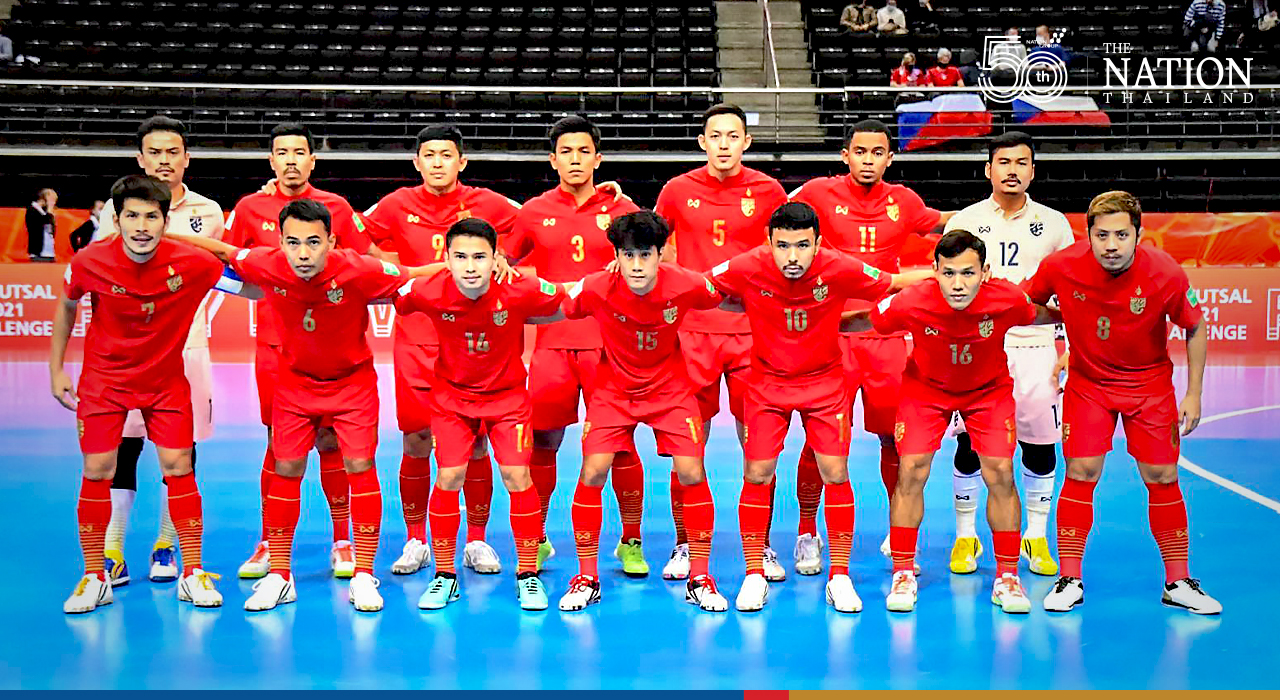 Thailand have a chance to make history at the 2021 FIFA Futsal World Cup on Thursday. A win for the Thais in the round of 16 would send them through to their first ever quarterfinal after five appearances in the tournament.

This is the third consecutive time Thailand have advanced to the round of 16 at the quadrennial tournament, but they were eliminated at this stage in 2012 and 2016.

On Sunday, the Thais finished third in Group C after crushing the Solomon Islands 9-4 in their final group-stage match in Lithuania. The win earned them a match in the knockout phase against Group A winners Kazakhstan. The match kicks off on Thursday at 9.30pm, Thai time.

The Thai team have already created history at this year’s tournament in Lithuania. Head coach Rakphol Sainetngam became the first Thai coach to manage the team and advance to the round of 16 at the FIFA Futsal World Cup.

Victor Hermans from the Netherlands coached the team at the 2012 tournament in Thailand, then Miguel Rodrigo of Spain succeeded him for the 2016 edition in Colombia.

Thailand have advanced to the round of 16 in 2012, 2016 and this year and now only need to win one match to rewrite the history books.

Suphawut Thueanklang is the top scorer for Thailand in the FIFA Futsal World Cup, with 12 goals from his appearances in 2012, 2016 and 2021. Suphawut is also the first Thai to score a hat-trick twice in the tournament – in 2016 and 2021. He completed that feat in Sunday’s game against the Solomon Islands. Thailand’s deadliest marksman will now be aiming to add more goals to his record against Kazakhstan on Thursday.

All have led the team to the knockout stage three times and can now create history on Thursday by winning a place in the quarterfinal.

On Sunday, Suphawut was among Thai players who donated clothes and equipment to the Solomon Islands team, who are made up of impoverished semi-professionals.

Kazakhstan are currently ranked seventh in the world, 11 places above Thailand in 18th.