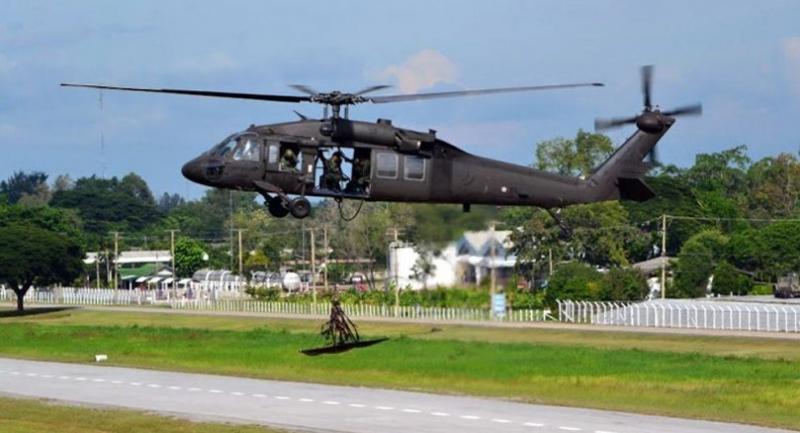 The sale of Black Hawk helicopters to Thailand is an integral part of the security relations between the two countries, the US Embassy said on Thursday.

Despite frosty relations since the military coup in 2014, the US has continued to sell hardware and weapons to the Thai military.

In the past decade, the US sold more than US$960 million worth of military equipment to Thailand, including Black Hawk & Lakota helicopters, air-to-air missile systems, upgrades to Thailand’s F-16 fighter jets, and multiple naval missile and torpedo systems, the Embassy said.

The approximate amount of US Foreign Military Sales to Thailand since the 2014 coup is $380 million, it said.

Since January 2017, the US and Thailand have reached agreements on the purchase of more than $133 million in military equipment, including Black Hawk helicopters and Harpoon Block II missiles.

“We will continue to build on our strong defence relationship with Thailand, a relationship based on our mutual security needs and shared commitment to regional security,” said Melissa Sweeney, a spokesperson at the US Embassy.