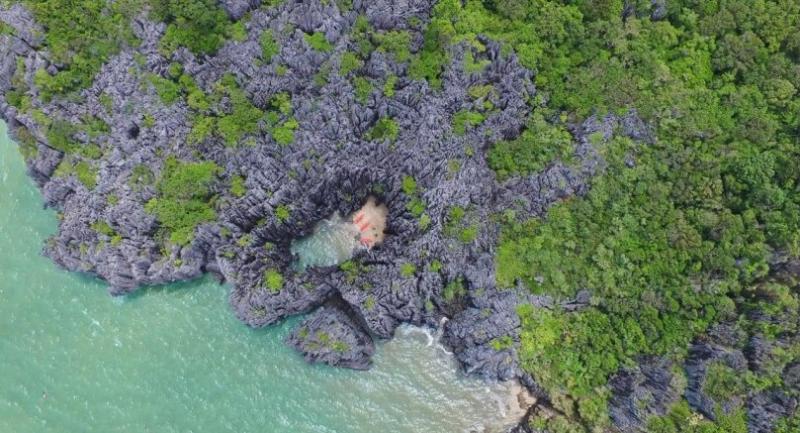 The Unesco executive board, in Paris yesterday, endorsed 13 new sites from around the world that showed distinctive geological, ecological, archaeological and cultural values as new Unesco Global Geoparks. Satun Geopark in the South of Thailand was among seven other geoparks in the Asia-Pacific. The others are: Cao Bang, Vietnam; Ciletuh -Palabuhanratu and Rinjani-Lombok, Indonesia; Guangwushan-Nuoshuihe and Huanggang Dabieshan, China; Izu Peninsula, Japan; and Mudeungsan Area, South Korea.

According to Unesco’s statement, the Satun Geopark, which covers an area of 2,597.21 square kilometres in four districts of Satun province, was recognised as the new Unesco Global Geopark for both its diverse geological and cultural heritage as well as efforts at the site to promote conservation, education and tourism best practices in a holistic manner. Unesco said the Satun Geopark consisted of more than 500 million years of geological and natural history, as abundant fossils of early organisms such as trilobites, brachiopods, and stromatolites from the Paleozoic Era as well as diversified Karst topography can be found at this park.

Besides the park’s significance for geology and natural science, Unesco also pointed out that the Satun Geopark is home to many ethnic groups with rich cultural traditions, such as the Maniq and Urak Lawoi, which signify humanity’s strong bonds to the land.

Somboon Khamhang, a local environmentalist in Satun, stated that this was a great achievement for all stakeholders who have been campaigning for the Unesco Global Geopark nomination since 2011.

Somboon stressed that the geopark still faces a threat from the development of the Pakbara Seaport, planned within the area of the geopark, which may cause severe environmental impacts.

“The government has to decide which path of development they want: to proceed with the deepwater seaport project or sustainable development of the Satun Geopark to meet global standards?” he said.