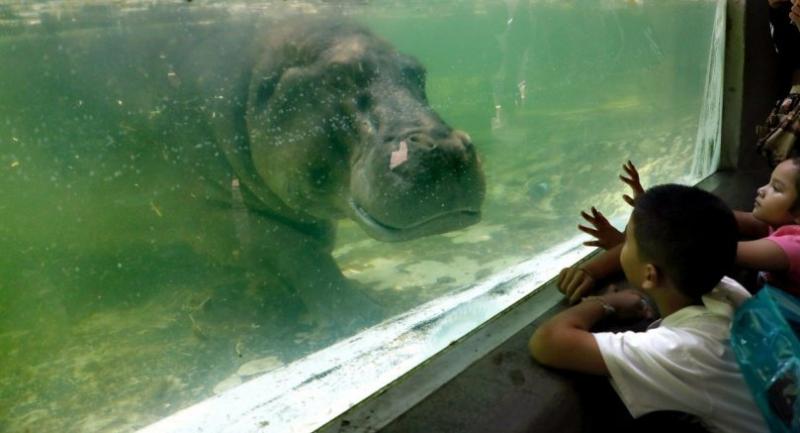 Famous Bangkok zoo about to shut after 80 years

Animal lovers have less than a month to visit Dusit Zoo on Rama V Road, which is closing its cages after 80 years.

The zoo has reported to its Facebook page that it will shut by the end of August, following a long-time plan to relocate its animals to a new site in the Klong 6 area of Pathum Thani’s Thanyaburi district.
His Majesty King Vajiralongkorn has donated the new site, which is about 300 rai of land and three times larger than the present zoo.
The move ensures the animals will have a better environment and quality of life.
Consultant companies have already surveyed the area in order to make sure meet the international standard.

“The Dusit Zoo will be open … until the end of this month and the animals will be relocated to six others zoos nationwide that are under Zoological Park Organisation,” said the Facebook statement.
“They are Khao Kheow, Chiang Mai, Nakhon Ratchasima, Songkhla, Ubon Ratchathani and Khon Kaen Zoos.”
Before Dusit Zoo was opened to the public in 1938, it was the private zoo of HM King Rama V, who ordered its construction in 1895 and named it Khao Din Wana, a name commonly known among Thais until today. The name was changed to Dusit Zoo in March 1938.
It houses around 1,000 animals and attracts 2 million visitors a year, generating Bt130 million in income.

The relocation of the animals will be supervised by experts to meet international standards, the Facebook page said.
For those wishing to visit Dusit Zoo in its final days, you are more than welcome. For more information, please visit the DusitzooThailand Facebook page or call information chief Paowana Wongmaneewan at 02-281-2000 or 02-280-7698 during business hours.
The authorities will next Tuesday notify the public the exact details relating to the zoo’s transfer.