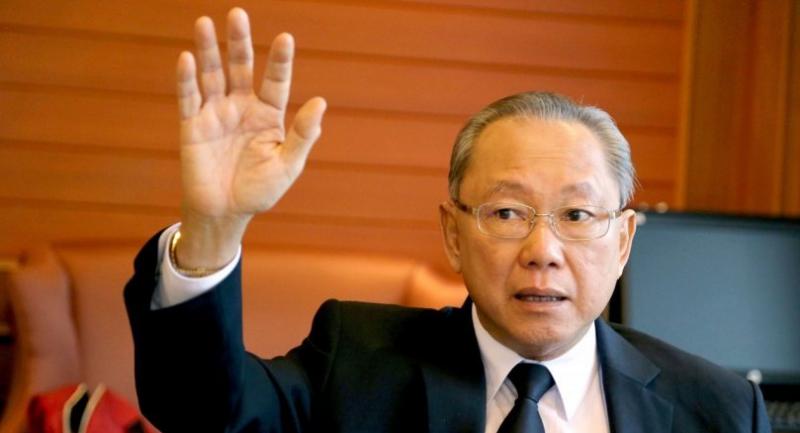 The cost of corruption: Bt100 billion

Studies by respected academic point to rampant graft and irregularities in country’s bureaucracy.

CORRUPTION in the bureaucracy will cost the country up to Bt100 billion this fiscal year, an expert on graft revealed yesterday.
Sungsidh Piriyarangsan said his “cautious estimate” put the damages at between Bt50 billion and Bt100 billion for 2018 alone. He based his estimate on the findings of 14 studies on corruption funded by the Public Sector Anti-Corruption Commission (PACC).
According to Sungsidh, his case study – one of the 14 – on an anti-narcotics state agency found irregularities worth Bt2 billion to Bt10 billion, involving rewards offered to officials making arrests over the past year. (The current fiscal year started on October 1, 2017 and ends on September 30.)
Sungsidh said transgressions were committed by state officials at various levels at agencies in Bangkok, in the provinces and also at local administrative organisations. And corruption involved both large and small government projects, with an increasing tendency to involve the smaller ones, he added.
“They may be small projects but the cost of damages [from corruption] is huge,” he said.
Sungsidh was speaking at an academic seminar presenting findings of the 14 research studies on corruption, held by the PACC at a hotel in Nonthaburi’s Pak Kret district.
The case studies cover different forms of corruption investigated by the PACC, according to the agency’s deputy secretary-general, Wannop Somjintanakul. The studies were aimed at rectifying weak points and preventing similar irregularities in the future, he added.
Sungsidh, an Associate Professor and Dean of the College of Social Innovation at Rangsit University, is known for his research and books on corruption. Yesterday he detailed the various forms of corruption involving state officials uncovered by the case studies. These included registration of fake marriages between foreigners and Thais, embezzlement of state funds intended for the needy, and short-changing from procurement processes.
“Corruption has increased rapidly because Thai politics is a closed system,” the academic said. “A big weakness is that we have no agency that truly scrutinises. Parliament and independent agencies exist but they can’t scrutinise politicians.
“The country’s history and culture enshrine the existing patronage system, in which people with connections thrive. Also, law enforcement is not effective enough although this government has issued a lot of good anti-corruption laws,” he added.
Sungsidh predicted an increase in corruption, and warned that in the end the country’s economy would be undermined due to unfair business competition stemming from bribes paid to corrupt officials.
When asked whether an elected or unelected government is more corrupt, he said his past study found that politically strong administrations tended to be more corrupt, whether they were elected or not.
Meanwhile, the chairman of the PACC’s executive board, Kitti Limchaikit, said yesterday that the agency had received more than 30,000 complaints during the past 10 years of its existence. They were mainly complaints against state officials.
In a related development, the Counter Corruption Division (CCD) of the Royal Thai Police is investigating seven state officials suspected of aiding an oil trading company to evade excise taxes on the sale of petrol marked for export to Myanmar.
Three of the officials work in the Excise Department with the other four employed by the Customs Department, according to a source familiar with the case.
The officials were found to have signed documents certifying exports of 32,000 litres of petrol through the Mae Sot border checkpoint in Tak province. The petrol was later found to have been sold in Phitsanulok province.
Police Maj-General Kitti Rianracha, commissioner of the CCD, said the deal had cost the country at least Bt3 million in lost excise tax, as petrol destined for export was exempted from tax. The seven officials could be charged with malfeasance and certifying false documents if they were found to be involved, the anonymous police source said.
Kitti yesterday chaired a meeting with representatives from the PACC, National Anti-Corruption Commission and Anti-Money Laundering Office, at the CCD headquarters to discuss actions against petrol tax evasion.
A nationwide crackdown on the practice was planned for September 29.