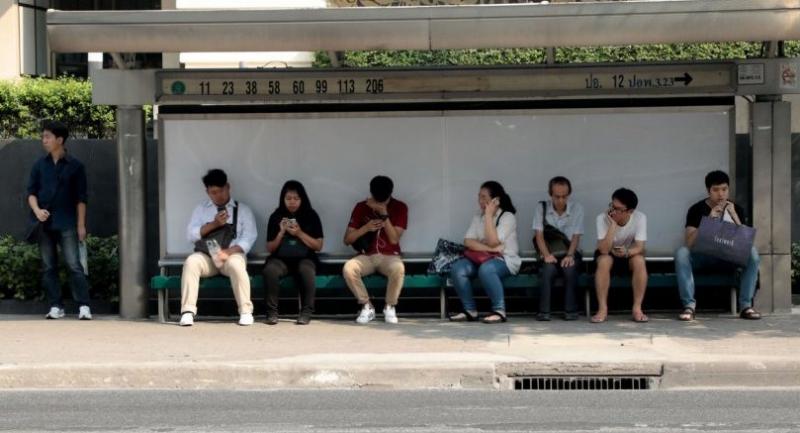 FAMILIES living in Bangkok are the least happy despite having the highest average income compared to people living in other parts of the country, a recent study found.

Long, exhausting commuting hours, little communication among family members and pollution appear to be the most common killers of happiness in the capital.

Elsewhere, financial problems are the main threat to happiness.

On average, a Bangkok family earns about Bt29,300 per month – much higher than families in other provinces – but the level of well-being is the lowest.

On a scale from 1 to 5, the well-being of families in Bangkok scores at just 3.59. In the Northeast, the average income per family stands at just about Bt10,800 a month, but their well-being score is 3.8, while families residing in the Central region (excluding Bangkok) earn Bt17,600 a month and enjoy a well-being score of 3.72.

Families in the North earn about |Bt14,300 a month and score 3.74 on well-being charts, while those in the South appear to be the happiest, scoring 3.84 on the well-being scale and earning about Bt20,200 a month.

These findings, from the “Integrative Thai Family Study Based on Family Life Cycle”, were released this week and underline the importance of work-life balance.

“They also remind relevant organisations that they should deliver help to people of certain age groups,” the project’s chief, Professor Rutja Phuphaibul said.

She pointed out that elderly widows were the least happy, followed by children who had to live |with relatives because their parents had to be away for work.

She also recommends that parents spend more time with their children. Funded by the Thailand Research Fund and Mahidol University, the project studied family development, well-being and other related factors with the aim of helping pave the way for the introduction of measures to boost happiness and deliver better changes in |society.

Also, she said, when categorised by family type, the happiness score generally drops among families that have babies or a relative above the age of 80.

“When grandchildren become teenagers, they spend more time online, which further widens the gap,” she said.

Speaking on condition of anonymity, an official at Bangkok’s Pathumwan District Office said most people in his community were in desperate need of housing and financial support.

“They want a monthly subsidy for the elderly, financial help for babies and funeral support,” he said.

Assoc Professor Dr Jittinan Dachakutta, a co-researcher from Sukhothai Thammathirat Open University, said the study’s aim was to unveil the problems people have so relevant organisations can design appropriate help and support.