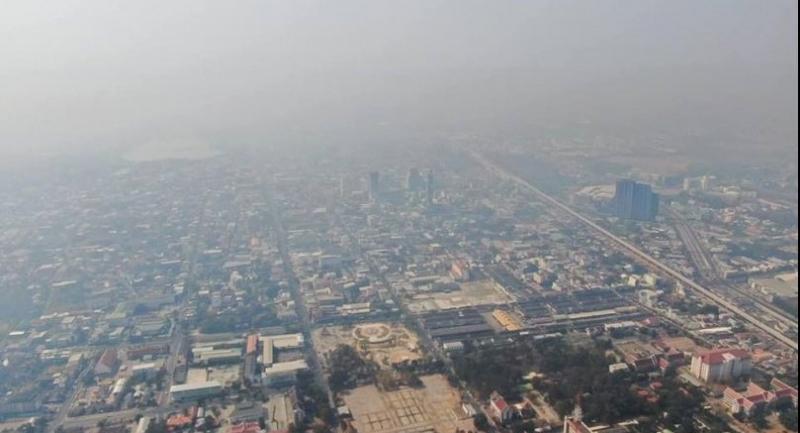 KHON KAEN, an economic hub of Thailand’s Northeast, has been struggling with serious air pollution for at least four consecutive days.

The Air Quality Index (AQI) as of yesterday stood at 206 and the level of PM2.5 particles per cubic metre of air hovered between 96 and 103 micrograms. All the readings were well beyond safe limits.

AQI beyond 200 signifies unhealthy air, triggering warning to not venture outdoors without a facemask, while the safe level for PM2.5 is 50 per cubic metre.

The World Health Organisation has described PM2.5 – airborne particulates 2.5 micrometres or less in diameter – as “carcinogenic”. Exposure to a dangerous level of PM2.5 poses health risk and in severe cases can lead to death.

Khon Kaen residents have been at risk since last Thursday. “We are now spraying water in all 26 districts to help ease the problem,” Khon Kaen Governor Somsak Changtragul said, adding that action would be taken against farmers burning off weeds in their sugarcane fields.

“We have asked factories to blacklist farmers who bring in sugarcane that shows burn marks, a sign that the farmer set fire to his field at a time when the air pollution is serious,” Somsak said.

Planes from the Royal Rainmaking and Agricultural Aviation Department have arrived in Khon Kaen to help artificially seed clouds to produce rain.

Other provinces are also suffering with air pollution, the worst hit being Chon Buri, Nan, Uttaradit and Loei.

Bangkok has fared better in recent days and yesterday the air in most parts of the capital was deemed safe.

However, Bangkok’s will worsen between February 13 and 15, the Meteorological Department warned.