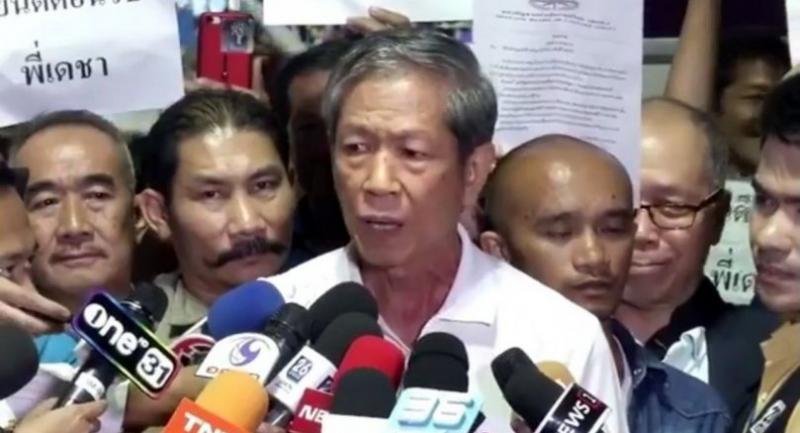 THE OFFICE of Narcotics Control Board (ONCB) has decided not to press any charges against prominent traditional medicine practitioner, Decha Siriphat, after last week’s raid on his foundation, the seizure of his stock of marijuana-based medicines and the arrest of his aide.

Several organisations and figures have come forward in Decha’s defence since news broke that his aide Pornchai Chulert – who works at the Suphan Buri-based Khao Kwan Foundation – was arrested on April 3. Donations to cover their legal defence have already soared past Bt1.23 million.

“Since he said he was in the process of seeking amnesty for marijuana possession, we will let him go ahead with this plan. We will not charge him,” ONCB secretary-general Niyom Termsrisuk said yesterday.

As Thailand has just legalised medical marijuana, those using or possessing the herb are eligible for amnesty if they come forward by May 19.

Niyom said officials will continue arresting suspects on charges of illegal possession of marijuana during the amnesty-filing period, because it will be dangerous if ill-intentioned people use this period as an excuse to trade marijuana, which is still listed as a narcotic in Thailand.

“But we won’t press charges against Decha and will let police investigators make a decision on the marijuana products that have been confiscated from the foundation and and also legal proceedings that have already been started ,” he said.

Niyom was speaking after Decha – president of the Khao Kwan Foundation – called on him to say that he and Pornchai were innocent and their intent was to develop cannabis extract for the benefit of patients.

Thai Holistic Health Foundation’s representative and former senator Rosana Tositrakul said her organisation had gathered proof that Decha is a qualified practitioner of traditional medicine and can treat patients.

After meeting Niyom, Decha said he hoped the ONCB would talk to the Public Health Ministry to work out how best to support medical marijuana.

Asst Professor Rungpetch Sakulbumrungsil, dean of Chulalongkorn University’s Faculty of Pharmaceutical Sciences, separately said yesterday that her institute was interested in the indigenous cannabis varieties that Decha had studied and used.

“We plan to gather information of cannabis varieties, variety development and more,” she said.

Dr Marut Jirasrattasiri, who heads the Department of Thai Traditional and Alternative Medicine, said Decha should come forward with his credentials and register as a certified practitioner of traditional medicine.

Yongsak Tantipidok, a member of Folk Doctor Foundation’s board, meanwhile said that relevant authorities should exercise care when enforcing laws against cannabis users, particularly in cases where cannabis is used for medical purposes.