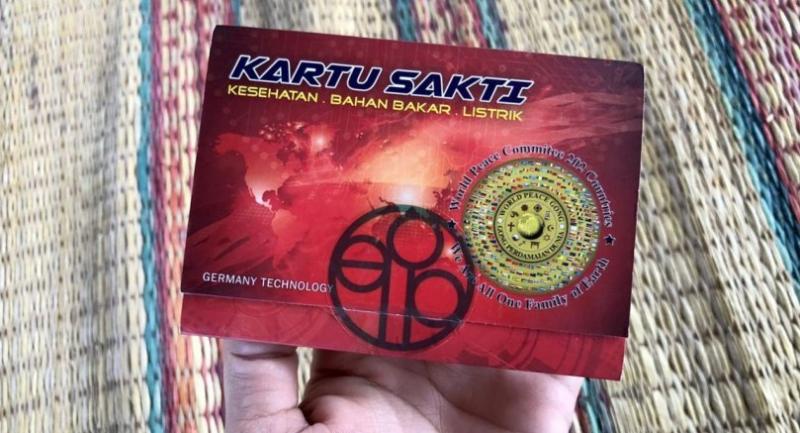 THE OFFICE of Atoms for Peace (OAP) has warned of excessively high levels of radiation from the so-called “energy cards” that their distributors claim can cure illnesses and help relieve aches and pains.

Tests on sample cards conducted by the state agency found radiation measuring at 40 microsieverts per hour, which is 350 times higher than the maximum exposure humans should get to radiation a year.

The agency also warned against drinking water in which an “energy card” has been dipped, as doing so raises the risk of cancer. It said OAP would take legal action against the distributors once it has gathered enough evidence from its tests on the cards.

So far, tests have revealed that the cards contain radioactive metallic elements of uranium and thorium, as well as their “radionuclide” or radioactive isotope. X-rays showed nothing inside the cards.

The OAP warning came in the wake of media reports saying that many villagers in the Northeast had been tricked into buying these so-called energy cards from distributors, who made money from both selling the cards and recruiting new distributors as part of what appears to be a “pyramid scheme”.

The distributors claim these cards can improve the immune system, strengthen the heart and energise the user’s metabolism. The also claim the card can purify water if it is briefly soaked in it.

OAP has advised against being exposed to the card or products that contain radioactive elements. “Using such products bring you no benefits and it’s not worth the price. Also, you may be unnecessarily exposed to excessive radiation,” it said.

The agency also said that anyone who wants to discard these cards can contact the Thailand Institute of Nuclear Technology for assistance.

Ampai Sukbampoeng, manager of the institute’s Irradiation Centre, said yesterday that if the cards are disposed of improperly, they could easily contaminate the environment, as well as crops.

He suggested that local officials should collect these “energy cards” from villagers and send them to his agency for proper disposal.