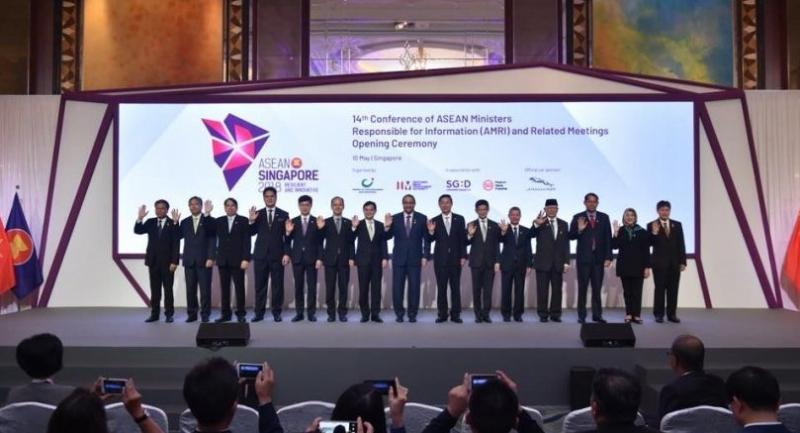 By Asina Pornwasin
The Nation
Singapore

The Association of Southeast Asian Nations (Asean) has acknowledged that “fake news” is one of the new challenges its member-countries must grapple with now that digital media are citizens’ primary sources of information.

False and misleading news was among the chief topics at the 14th meeting of the Asean Ministers Responsible for Information (AMRI) on Thursday.

The ministers issued a Declaration on a Framework to Minimise the Harmful Effects of Fake News.

At the meeting, which had “Inclusive and Informed Digital Asean” as its theme, the ministers also agreed that member-countries should work together to improve digital literacy, encourage relevant agencies to develop guidelines for responding to fake news, and share “best practices”.

They set out four “broad strategies” for members to use in addressing online falsehoods – education and awareness, detection and response, norms and guidelines, and community and “ground-up” participation.

These can be tailored to the unique circumstances of each country in terms of laws and regulations, it was agreed.

The ministers stated that mitigating the harmful effects of fake news was “everyone’s responsibility”.

Singapore Finance Minister Heng Swee Keat said the framework would improve regional cooperation in establishing “a trusted digital ecosystem where people will be guaranteed access to reliable sources of information”.

Singapore’s Minister for information and Communications, S Iswaran, said the meeting would nurture “a digitally ready Asean” and “fuel digital growth” in the region.

“Members must work closely together to promote socially responsible online behaviour,” he said, “to ensure that the digital space remains one that is safe, reliable and conducive for everyone to interact with one another freely and with confidence.”

Fake news emerged as a concern at an AMRI roundtable discussion last year. Singapore has planned a workshop at the current meeting on best practices and countermeasures.

Earlier this year, Malaysia turned its fact-checking portal Sebenarnya.my into a mobile-phone application. Citizens can check the authenticity of news and submit queries regarding unverified information.

Masyarakat Anti Fitnah Indonesia, a civic group, set up a Facebook page where people can report and discuss suspected falsehoods. It has six full-time fact-checkers and a search engine listing legitimate news sites.

Heng said Singapore convened a parliamentary select committee earlier this year to investigate deliberate online falsehoods. “The committee held public hearings to seek views from various sectors on practical solutions to address fake news and is currently putting together its recommendations,” he said.

Heng noted that the World Economic Forum has identified “misinformation going viral online” as one of the biggest threats to society. Asean is not immune, he said.

The ministers also approved a set of Core Values on Digital Literacy as a starting point for further discussion aimed at helping citizens “navigate the digital media landscape safely and responsibly”.

Also endorsed was a Framework for Co-production in the Audio-Visual Sector to improve content producers’ skills in production techniques.

The system allows people to watch free-to-air channels on their portable devices via terrestrial transmission. Government messages can be transmitted while people are on the move.