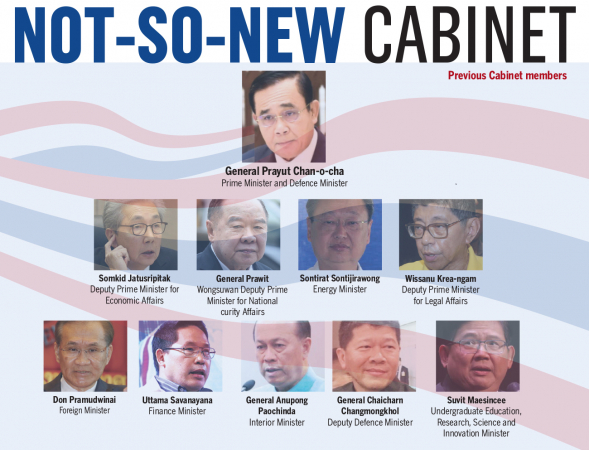 The new Cabinet led by Prime Minister General Prayut Chan-o-cha, who will also double as defence minister, has been given the royal nod.

Phalang Pracharat leader, Uttama Savanayana, has been given the Finance portfolio even though the opposition claimed his alleged role in a 2003 Krungthai Bank loan scandal disqualified him from the post. Uttama defended himself saying that during his time as senior executive at the bank, he had nothing to do with the approval of loans to ailing property firms.

The new Cabinet will start working immediately after the ministers take their oaths before His Majesty the King, which is expected to be soon.

The new government is led by Phalang Pracharat Party, which came second in the March 24 general election but managed to build a majority in the House of Representatives by forming an 18-party coalition. Names of members of the new Cabinet, based on the royal endorsement granted on July 10, 2019