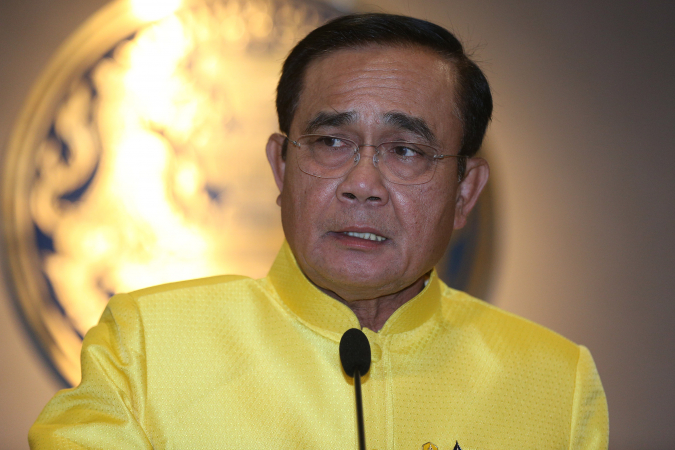 The appointment of new Cabinet members headed by Prime Minister Prayut Chan-o-cha has been endorsed by His Majesty the King.

The list of the 36-member new Cabinet was announced in the Royal Gazette on Wednesday and countersigned by Prayut, who was reappointed prime minister on June 9.
Prayut will also double as Defence Minister, a key position currently held by General Prawit Wongsuwan, his deputy in the outgoing government.
Prawit will retain his position as a deputy prime minister and is expected to also be in charge of security affairs.
The new Cabinet also has eight other ministers who have worked with Prayut and Prawit in the current post-coup government: Somkid Jatusripitak, Wissanu Krea-ngam, General Chaichan Changmongkol, Uttama Savanayana, Don Pramudwinai, Suvit Maesincee, Sontirat Sontijirawong and General Anupong Paojinda.
Somkid, Wissanu, Chaichan, Don and Anupong have retained their Cabinet seats, with Somkid and Wissanu also appointed deputy prime ministers in the incoming government. Anupong will again be the Interior Minister, Don the Foreign Minister and Chaichan the Deputy Defence Minister.
Uttama, Sontirat and Suvit last year left the Prayut government to form the Phalang Pracharat Party, which later nominated Prayut as prime minister.
Sontirat, secretary general of the core coalition partner, Phalang Pracharat, has become Energy Minister, a coveted ministerial position that had also been reportedly sought by Suriya Juangroongruangkit, leader of a key faction in the party. Suriya has instead been appointed Industry Minister.
Uttama, the Phalang Pracharat leader, is the new Finance Minister, despite having been criticised by opposition politicians as being unqualified for the post due to his alleged involvement with a loan scandal in 2003 regarding the state-owned Krungthai Bank while serving as its senior executive. Uttama, however, said he had had nothing to do with the approval of the loans to financially ailing property companies.
Other key Phalang Pracharat figures have also become government ministers. They include Somsak Thepsuthin, who will become the Justice Minister, Buddhipongse Punakanta the new Digital Economy and Society minister; Ittipol Khunpluem the new Culture Minister and Nataphol Teepsuwan the new Education Minister.
Two other deputy PM positions will be held by leaders of the key Democrat and Bhumjaithai coalition parties - Democrat leader Jurin Laksanawisit has been named Commerce Minister and Bhumjaithai leader Anutin Charnvirakul the Public Health Minister.
The Cabinet seats allocated to Phalang Pracharat's coalition partners were virtually unchanged from the reported agreement.
Key figures from the Democrat Party appointed as government ministers are secretary general Chalermchai Sri-on, who will become the Agriculture Minister, and Juti Krairiksh, who will be the social Development and Human Security Minister.
Chalermchai will have three deputies from three different political parties: Mananya Thaiset from Bhumjaithai, Thammanas Phromphao from Phalang Pracharat and Praphat Phothasuthon from Chart Thai Pattana.
Bhumjaithai Party’s Saksayam Chidchob will become the new Transport Minister and party colleague Phiphat Ratchakitprakarn will be the new Tourism and Sports Minister. His wife Natee had been tipped to win that appointment but a last-minute change was forced after a court on Tuesday banned her from politics for five years.
Former Bank of Thailand governor MR Chatu Mongol Sonakul, who is the leader of the Action Coalition for Thailand Party, will become the new Labour Minister.
Members of the new Cabinet will officially take up their new jobs after taking an oath before His Majesty the King, with their audiences expected to take place soon.
The incoming government is led by Phalang Pracharat, which came second in the March 24 general election but managed to gather a majority in the House of Representatives and form an 18-party coalition.