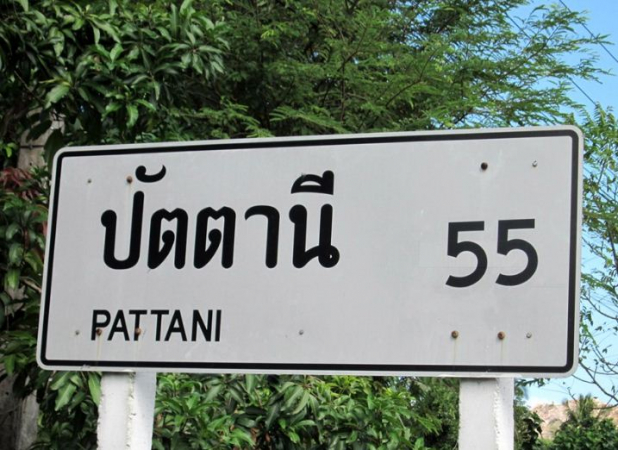 The body of a suspected insurgent who is believed to have taken part in the killing of a mute couple in Pattani was found among trees on forested land in Pattani’s Yaring district Wednesday evening, police said.

A team made up of police, troops and Interior Ministry officials who had been pursuing four suspects since the drive-by killings of the couple on Tuesday spotted the body hidden among trees in a former rice field in Moo 4 village in Tambon Saban at 6pm,

The man had a serious head injury but no bullet wounds.

Police checked the database of suspected insurgents and found that the dead man bore a resemblance to Ahama Maha, a suspect wanted on an insurgency arrest warrant.

The team is actively searching for four suspects in the murder of Ratchawut Kaewsri, 36, and Supassorn Patchiman, 28, who were killed by four suspected insurgents on two motorcycles as they drove back from the Pattani provincial hospital.

After the killings, the four suspects fled towards Tambon Tor Lang where they engaged in a gun fight with the authorities about two kilometres from the murder site.

During the gunfight, a motorcycle tipped over into a roadside drainage ditch and one of the suspects was seen being hauled out of the ditch before the four fled.

Pattani police chief Piyawat Chalermsri said the suspect’s head wound might be the result of hitting the concrete edge of the drainage channel, speculating that the man had been so severely injured that he died and was left in the forest.

Piyawat said the three other suspects might have fled the village by hiding in vehicles belonging to local residents.