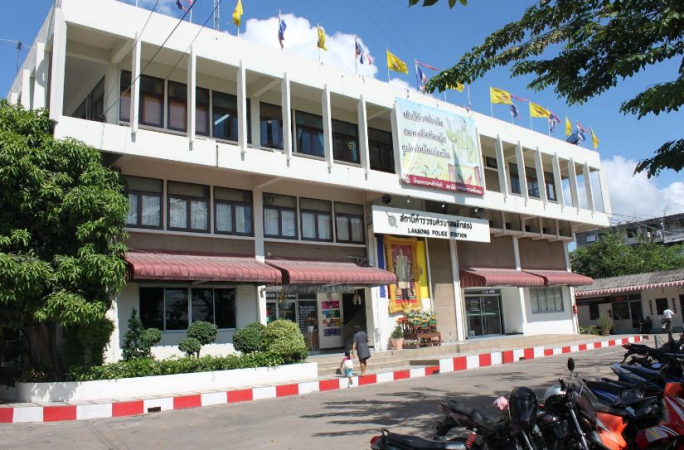 Seven police officers from a Bangkok police station have been removed from duty pending investigation after a Facebook page posted a video clip showing some policemen at the station beating a suspect.

The video clip was posted at 2 pm on July 7 on the Facebook page, Hep Ma (Dog’s Lice), and showed an officer from Lak Song station using his baton to repeatedly hit a suspect in the back of a police pickup.

The clip led to an outcry on the social media and prompted the chief of the Lak Song police station to come out and promise a transparent probe into the incident. The station chief added that he had been told by his subordinates that the suspect resisted arrest and spat on the arresting officers.

The first order suspended Pol Lt Col Santi Prathmrat, suppression inspector of the police station, his deputy, Pol Capt Pinyo Thungthin, and five other policemen from duty. The second order subjected the seven police officers to an investigation related to the beating incident shown in the clip.