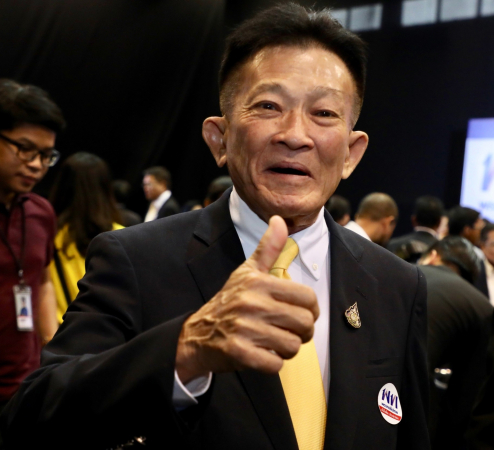 Chiang Mai member of Parliament Sompong, 78, will also serve as opposition leader in the House of Representatives, as Pheu Thai is the largest party in the opposition camp.

He was elected unopposed at the party’s general meeting held at its headquarters. About 400 party MPs and members attended the meeting.

Anudith Nakornthap, a 54-year-old Bangkok MP, was elected the party’s new secretary-general. His rise to the key post was also in keeping with expectations.

A total of 29 executive members were elected at the party's general meeting on Friday. These included 15 deputy party leaders and seven deputy secretaries-general.

Phumtham Wechayachai, who stepped down as Pheu Thai secretary-general recently, said on Friday that changes to the executive board were necessary to help move the party forward.

The veteran politician said that he would remain with the party and serve as the new leader’s adviser on legislative affairs.