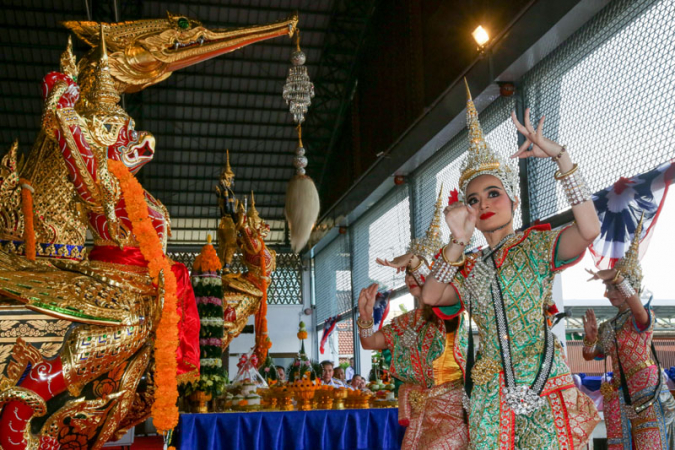 As part of the final procedure of the coronation ceremony, His Majesty King Maha Vajiralongkorn Bodindradebayavarangkun will travel down the Chao Phraya River in a Royal Barge Procession on October 24 to present robes to monks as part of the Royal Kathin Ceremony.

The 4-kilometre procession, which will start from the Wasukri Pier and ends at Wat Arun (Temple of Dawn), will see 2,200 oarsmen rowing more than 52 barges to a rhythm beaten out on drums.

This procession is a rare spectacle arranged only on special occasions. The last Royal Barge Procession was held on November 9, 2012 to mark King Rama IX’s seventh cycle birthday anniversary.

On Thursday, Royal Thai Navy chief Admiral Luechai Ruddit oversaw the blessing ceremony of the eight main barges, including the Suphannahong (golden swan or phoenix), which sports a swan-shaped bow decorated with gold lacquer and pieces of glass. 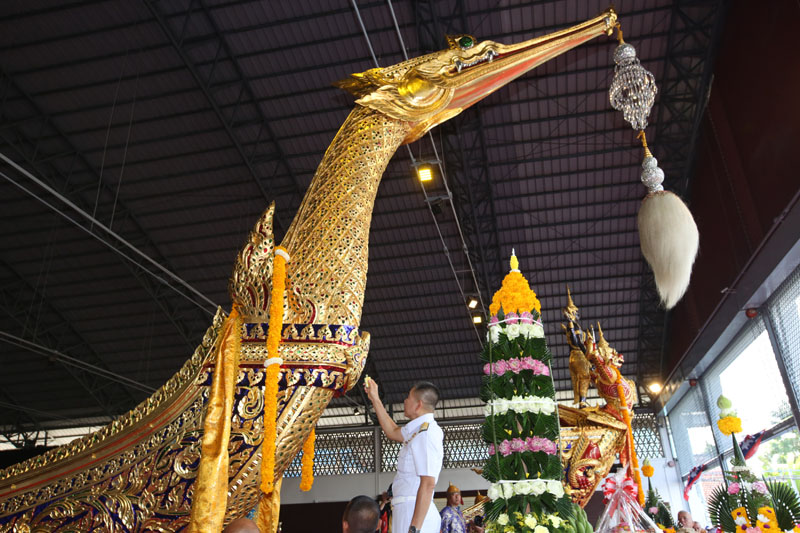 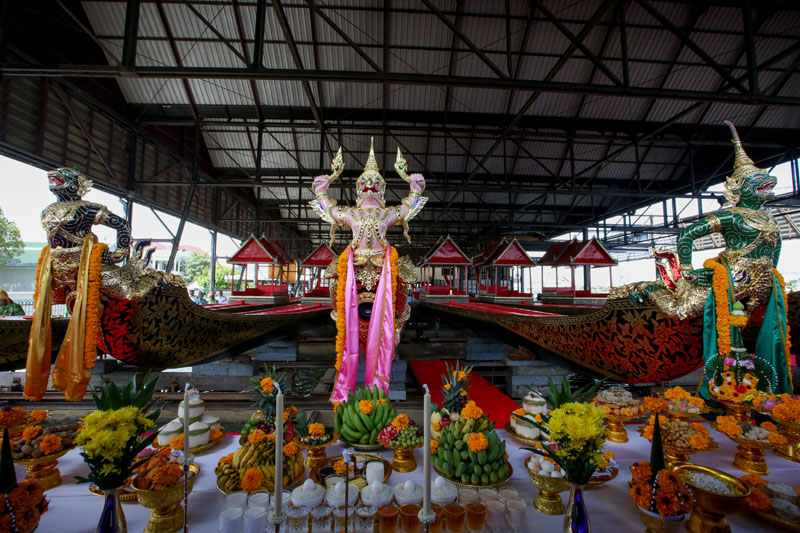 The barges, renovated and restored by the Culture Ministry’s Fine Art Department, are usually on display for public viewing at the National Museum of Royal Barges. Most of the vessels, with two over a century old, are made of wood and have a mythical creature carved on the bow.

The royal processions, both by land and by water, are a testimony to the power handed to the Thai monarch in accordance with traditional beliefs and court practices. 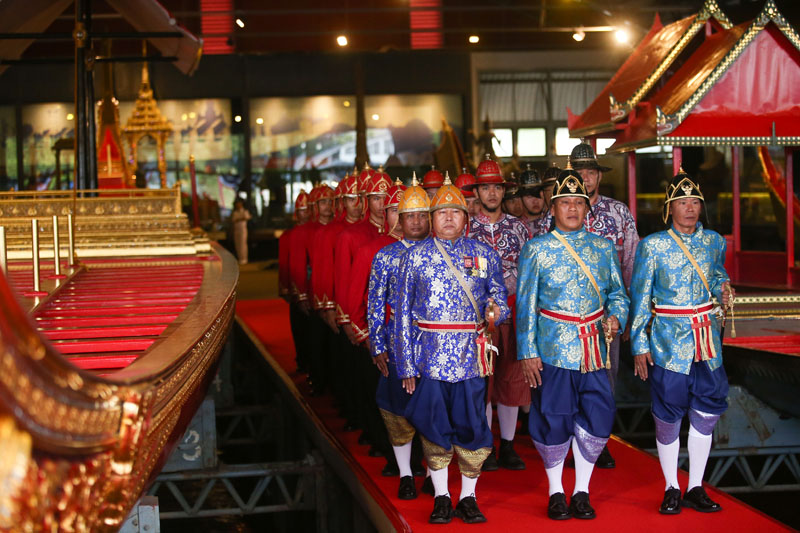