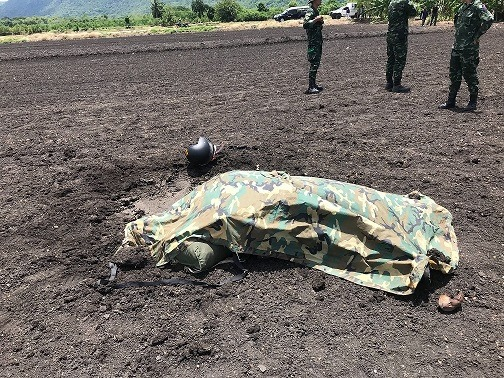 A 29-year-old soldier was killed in a rice field in Lop Buri’s Muang district when his parachute failed to open during a practice jump on Monday afternoon.

Army Lieutenant Watcharapong Chantarachat from a Prachuap Khiri Khan infantry unit had jumped from a military airplane at 1.30pm. His body was found in Ban Tha Deu of tambon Nikhom Sang Tua-eng and was sent to Ananda Mahidol Hospital. Army officers at the scene declined to give comment, explaining a senior officer would later announce details about the incident.

The victim had been studying at the Erawan Military Camp’s Special Warfare School and was reportedly going to get married next month, a source said.