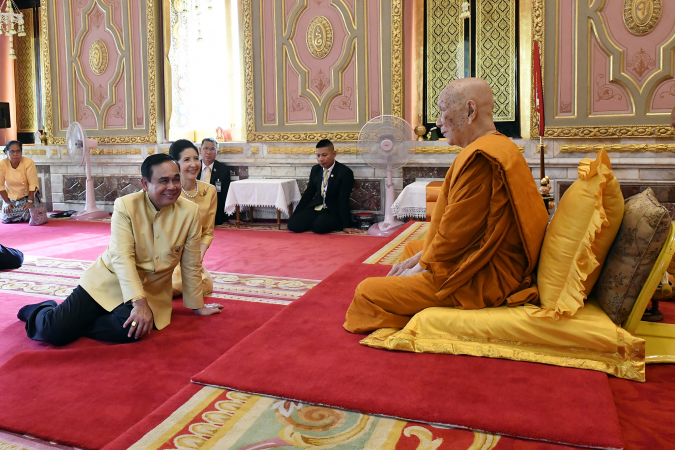 Prime Minister Prayut Chan-o-cha has received a blessing and advice from His Holiness the Supreme Patriarch of Thailand when he offered candles ahead of the Buddhist Lent, which begins on July 31.

Prayut, his wife, prime ministerial adviser and director of National Office of Buddhism, together gave an offering dedicated to His Holiness the Supreme Patriarch of Thailand at Wat Ratchabophit, Bangkok.

The PM informed his Holiness that he would be taking his new Cabinet to appear before his Majesty the King on 16 July so they could swear an oath of allegiance, after which the new government would announce its policy plans over the next week.

They needed to hurry, said Prayut, in order to help citizens in need but he believed international organisations and others countries in the region understood the pressure on his previous government and would support Thailand in future.

His Holiness advised the PM to conduct his work morally and wisely in accordance with Buddhist principles.