One person is dead and two, including a young student, remain missing after a ferryboat shelter on a bank of the Mae Klong River in Samut Songkram collapsed on Tuesday, plunging more than two dozen people into the water.

But one person died, the identity of whom is not yet clear among the three initially reported as missing – Sureeporn Urachuen, Pornpilai Sualek and Nong Khao Too, a student at Thetsaban Wat Pom Kaeo School. 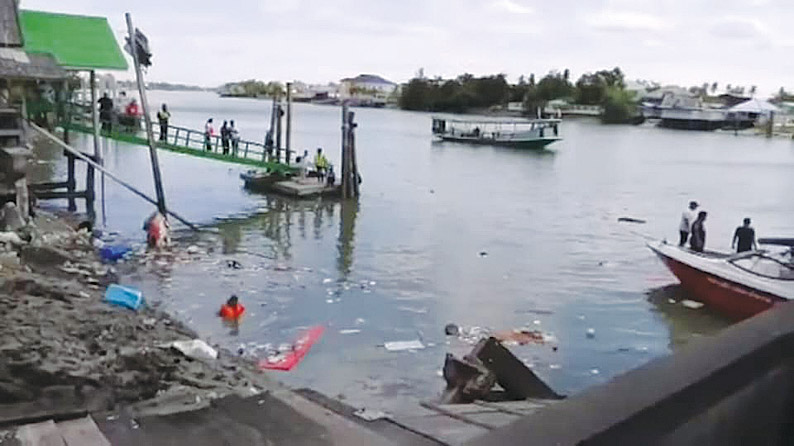