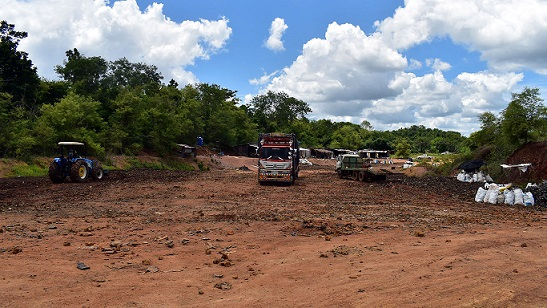 Piles of industrial and electronic waste dumped in protected forest in the eastern province of Sa Kaew were cleared on Wednesday, making way for the Pollution Control Department to soon move in to check whether toxic residues would endanger the health of local residents.

Grateful the garbage had been removed ahead of the 15-day deadline, villagers in Wang Nam Yen district brought food and drinks for officials, workers and reporters working at the site. Despite being relieved that the waste had gone, locals who observed its removal claimed that sacks of already-separated items such as metal, aluminium and circuit boards had been set aside for possible re-sale. This was despite the fact that the waste should have been returned to the factory where it originated. 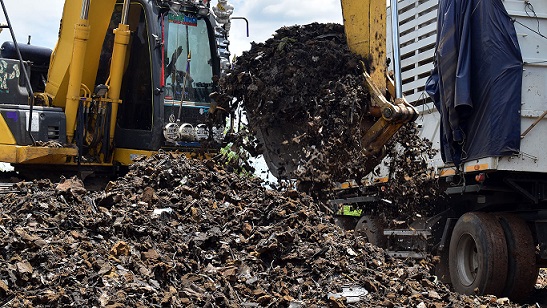 Trucks removed 19 loads of trash on Tuesday, each weighing up to 25 tonnes. By 1pm on Wednesday, workers using two backhoes had scooped up another 12 truck-loads. The 20-rai (3.2-hectare) plot of conserved “Zone C” forestland in Ban Nong Kae (Moo 8) should be cleared of garbage by the end of day, said Tambon Talang Nai Administrative Organisation deputy clerk Mesinee Nonprasert.

She said it was not yet clear, however, who would pay for removing the waste, as management at the source factory in Chon Buri claimed they had no involvement in its transport to Wang Nam Yen. Mesinee said truck drivers transporting the waste had told her they could reimburse for gasoline and other expenses from a local politician.

Villager Wattana Kaenwong, 59, said he and fellow residents were happy the trash had been cleared before the arrival of the rains, which could have washed toxic chemicals into farmlands and the canal, endangering the health of locals and the environment.