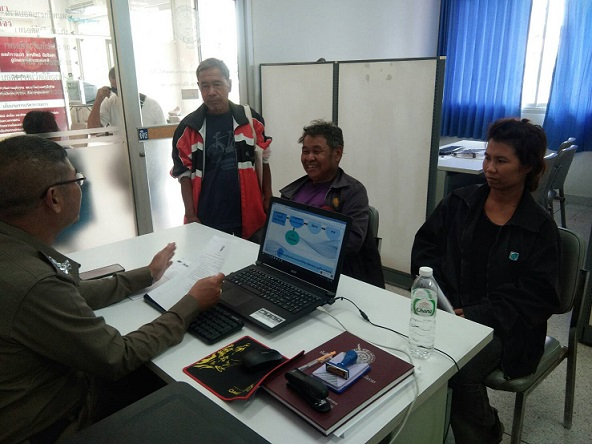 By Khu Boonmat
The Nation

An Amnat Charoen man and his daughter have complained that land they owned was put up for auction to cover her Bt40,000 debt to the Student Loan Fund (SLF) even though they repaid the debt with full interest in June last year.

Wijarn Yaowabut, 66, and his daughter On-uma, 40, told The Nation on Monday that On-uma borrowed Bt40,000 in 2002 for her tuition at a secondary school in Pana district. She married soon after graduation and hadn’t yet fully repaid the debt, so they received a court warrant in October 2007, indicating the SLF was suing On-uma, as well as Wijarn as her guarantor. A settlement was reached in which they would repay Bt500 a month.

Told in June 2018 that two properties they owned would be seized and auctioned off to recoup the balance, Wijarn used the title deeds as collateral to secure a loan from the Bank for Agriculture and Agricultural Cooperatives.

He showed Bt76,274, covering the original loan and interest, to an official at the Amnat Charoen Legal Execution Office, who advised him to repay the debt at Krungthai Bank and get a receipt. The offcial then said the matter would be put to rest by July 19.

Wijarn also faxed the receipt to the SLF to notity the fund about the repayment, as per a bank personnel's advice.

Instead they were shocked to learn that the land auction was proceeding and they had to be available to stand as defendants in court from August to October. Wijarn’s 58-year-old wife Pranom, who is afflicted with heart disease and diabetes, fainted on hearing the news, he said.

“I repaid the debt and followed the advice of the Legal Execution officials and bank personnel. Why won’t this problem end?” Wijarn said in tears.

He plans to petition the provincial governor for help.

Contacted by The Nation, Somyotr Chanprasert – a lawyer representing the SLF – said he could take no further action without direct authorisation from the SLF.

The SLF in turn said Wijarn should submit On-uma’s 13-digit ID card number so it could review the matter.