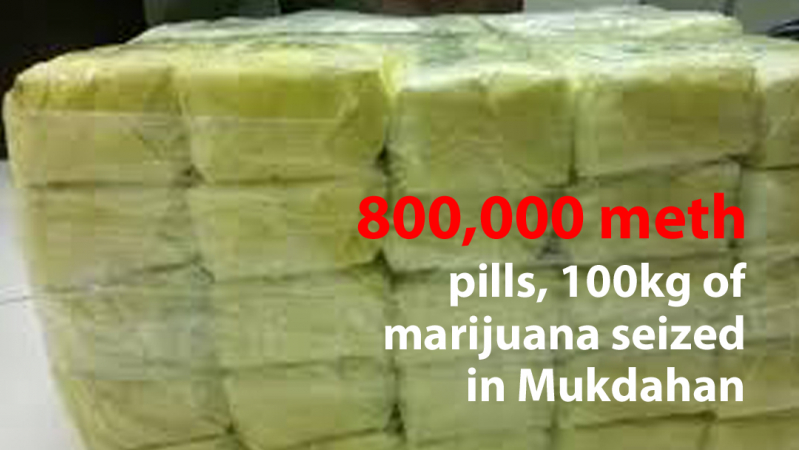 Police seized a huge haul of drugs, including 800,000 methamphetamine pills and 100 kilogrammes of marijuana, that was smuggled across the Mekong River into Mukdahan in the early hours of Tuesday.

Acting on a tip-off, a team of policemen staked out an area near the bank of the Mekong in Ban Phaluka village, Tambon Chanode, Wan Yai district.

The team later saw about ten men carrying bags from a boat onto Thai territory. But as soon as the men spotted police appearing out of hiding, they ran helter-skelter and disappeared, while the boat sped back to the Lao side.