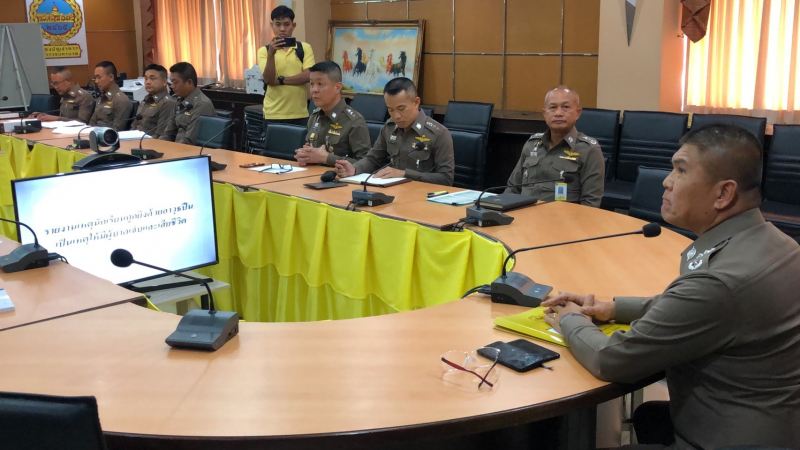 Police have detained three students from Samut Prakan Technological College for questioning over the fatal shooting of a 16-year-old student from Bangkok College of Industrial Technology in Bangkok’s Bang Na district on Monday.

According to a source at Bang Na police station, the three students have admitted to officers that two members of their 20-strong group were carrying guns and shot at the victim, Chanathip Piamyoom, after coming across him and his five friends near Wat Sri Eium resulting in their group chasing the other group of six.

The information has now helped police to apply for further arrest warrants, the source said, adding that the attack was believed to have stemmed from a misunderstanding as the 20-strong group on 12 motorcycles thought that the victim’s group, on two motorcycles, were from another rival colleges, as they were wearing similar clothes.

Police were also considering summoning teachers from the two colleges to provide more information on Wednesday, the source added.

Metropolitan Police Bureau chief Pol Lt-General Sutthipong Wongpin meanwhile called on all those officers involved in the case to a meeting on Tuesday to check on the progress they were making.

Bang Na superintendent Pol Colonel Nakhon Thongpanich said the shooting was due to a brawl between rival technology students.

To better prevent this in future, local officers would ask for the colleges’ co-operation and increase the frequency of their patrols in high-risk areas - especially the front of Central Bang Na, the Bang Na Intersection, Soi La Salle (Baring) and the Udomsuk area nearby.

In a related development, the grief-stricken mother of the deceased student, Sukanya Naknoi, 51, collected her son’s body from Chulalongkorn Hospital and said that she was shocked at what happened since he had only recently started at the college.

She said he had chosen Bangkok College of Industrial Technology as it was less likely to be involved in disputes with other colleges, adding that he was a well-behaved teenager who would avoid disputes at all costs.

She said she wanted police to proceed with legal action against whoever was responsible, no matter how young.