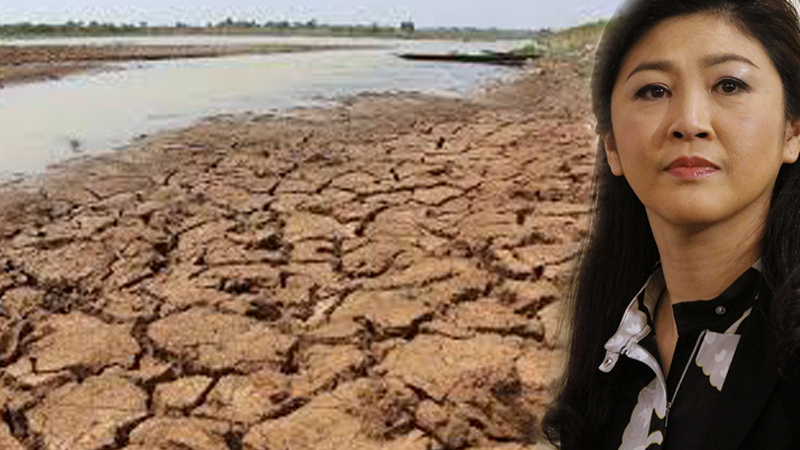 Yingluck posted on her Facebook wall that farmers in the Northeast and other parts of Thailand deserved people’s concerns because of the burdens imposed by the drought amid a sluggish economy.

“The other day, I learned from news reports that the people in the Northeast and several other parts of Thailand are suffering from drought and, without the rainfall, their crops have been damaged. Moreover, the country is now enduring a sluggish economy, so the farmers and a lot of other people are suffering hardships,” Yingluck said.

“I have sympathy for the people and I would like to extend my moral support to all who have to endure the current situation. I also have concerns about the economic impact that will follow. I hope all of you will have courage and will not be discouraged. Please be patient, so that you all will survive these obstacles.”