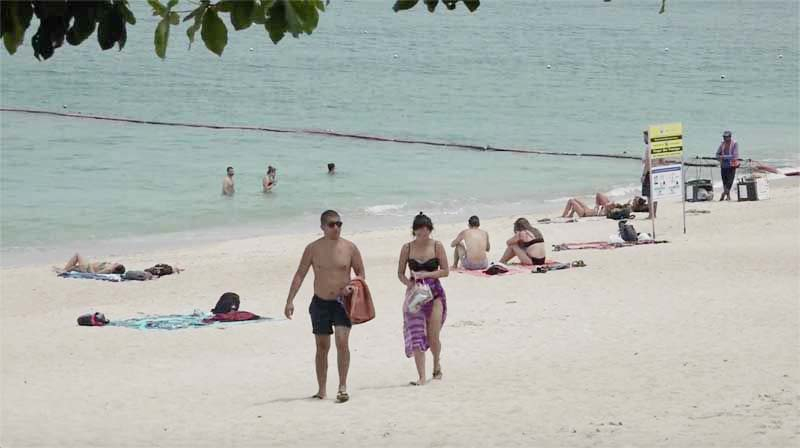 Officials have put up signs to warn tourists of possible attacks by box jellyfish at the beaches on three popular islands in Surat Thani.

Thanyaporn Poolsawat, a fishery academic of the Middle Gulf of Thailand Marine and Coastal Resources Research and Development Centre, said the centre has frequently observed box jellyfish off the coasts of Koh Samui, Koh Pha-Ngan, and Koh Tao from July to October.

She said officials have put up warning signs at all beaches on the three islands and provided bottles of vinegar next to the signs for tourists to use in the event they are stung by a box jellyfish.

She said pouring vinegar over the sting for 30 seconds can prevent the venom from spreading further into the body.

The centre has seen increasing numbers of jellyfish off the three islands during this period each year.

Thanyaporn said the box jellyfish found in Thai seas are as deadly as those in Australia but the box jellyfish in Thailand are larger in size so their tentacles are very long and have many cnidocytes or stinging cells, thus spreading more venom to victims.