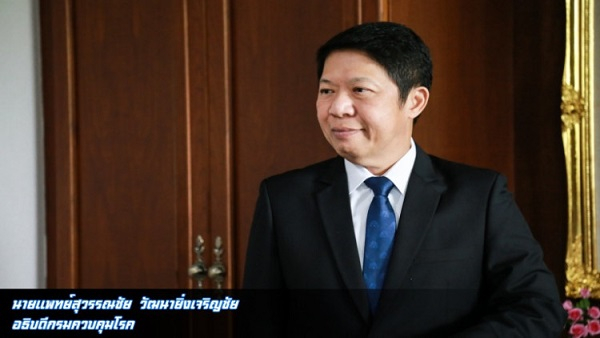 Farmers and other Thais are being warned by the Department of Disease Control (DDC) to beware a skin infection called necrotising fasciitis, which often springs from small wounds that people weren't paying attention to but must be kept clean.

DDC director-general Dr Suwannachai Wattanayingcharoenchai said the department’s event based surveillance had discovered approximately 100-200 necrotising fasciitis cases yearly in Thailand. But the presence of the diagnosis code for the disease indicated that last year saw 19,000 cases nationwide, according to findings in the database of the Health Data Centre (HDC) under the Office of the Permanent Secretary Ministry of Public Health.

This led Suwannachai to instruct the Bureau of Occupational and Environmental Diseases and the Bureau of Epidemiology to conduct further studies to improve the disease surveillance system.

He said Chiang Mai DDC Office also dispatched officials to investigate the reported outbreak of necrotising fasciitis in the northern province of Nan, where several cases were suspected, and to provide disease prevention information to the residents.

Suwannachai said that this disease often occurred during the rainy season and was found among men more than among women, with legs and feet the most often cited affected areas.

Those most at risk are farmers who wade through water and mud in rice fields, where the bacteria in soil and water could enter their wounds and cause inflammation, blood infection, kidney failure and even fatal seizure.

Other high-risk people included those with low immunity or who have vascular ailments such as diabetes and kidney failure, cancer patients undergoing chemotherapy, the elderly or obese, and those taking steroid medications or who are regular alcohol drinkers.

“People must clean any open wound, especially in the legs and feet and put antiseptic on the wound,” said . Suwannachai. “They must avoid the wounds' exposure to water or soil and mud, so as to prevent necrotizing fasciitis.

Suwannachai urged people to seek medical attention if they had a fever or wounds that became painful or swollen.