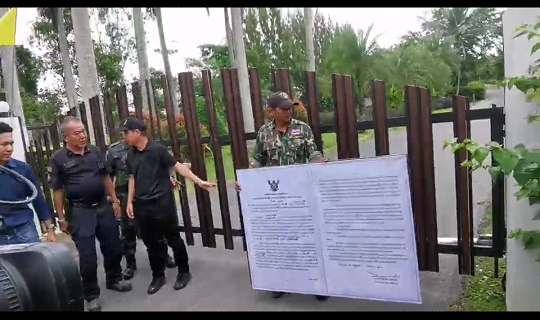 Department of National Parks, Wildlife and Plant Conservation (DNP) officials on Friday posted a notice announcing that the 88 Garmonte Resort in Nakhon Ratchasima was to be demolished within 90 days after it was accused of being illegally built on Thap Lan National Park forestland.

Another 10 resorts in this northeastern province will face the same action later on Friday (July 26).

In addition to posting the demolition order at the 88 Garmonte Resort, the officials – led by Thap Lan National Park head Prawatsart Chanthep and Phraya Sue taskforce advisor Chaiwat Limlikhitaksorn – are also aiming to proceed with legal action for a charge of perjury against a legal official at the Nakhon Ratchasima Agricultural Land Reform Office (ARLO) branch office. The official is said to have testified to a court that the 88 Garmonte Resort was built on agricultural land allocated under the ARLO’s Sor Por Kor land reform programme. 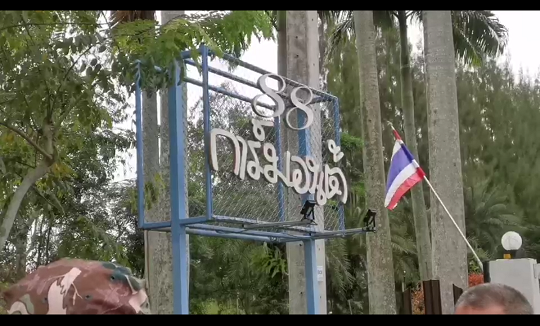 The 88 Garmonte Resort, located in Wang Nam Kheow district, had faced legal actions by the DNP twice in 2012 and 2017. It was in the spotlight again recently after the Phalang Pracharath Party (PPRP), a member of the governing coalition, used it as the venue for a July 21-22 weekend seminar. 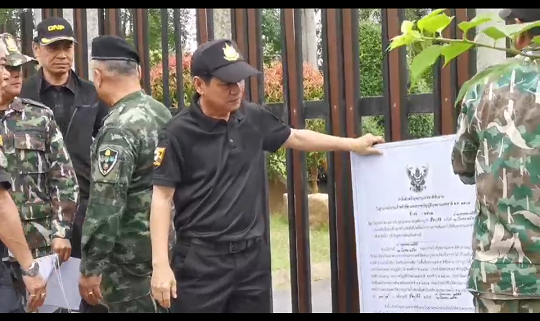 DNP director-general Thanya Netithamkul on Tuesday told Natural Resources Minister Warawuth Silpa-archa that the resort’s entire plot allegedly encroached on the parks' forest reserve land. This led the department to investigate the facts after learning that the public prosecutor had decided not indict the resort operators based on the erroneous claim that it was Sor Por Kor territory, and to again present them to the public prosecutor for their consideration.