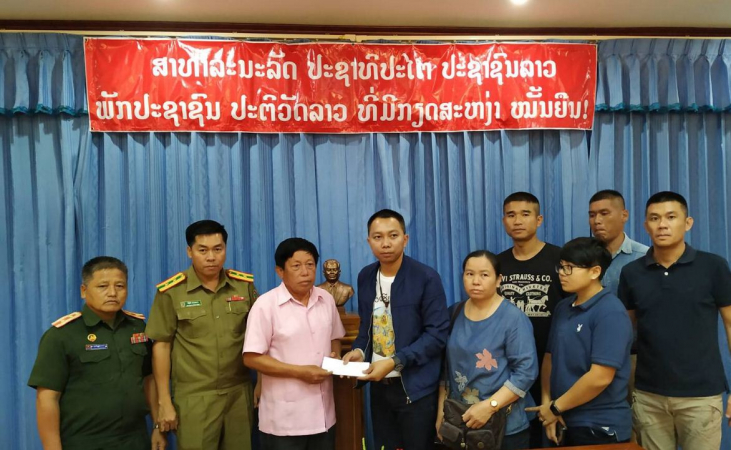 The Lao driver who is an eyewitness to the armed kidnapping of a Thai merchant in Bo Keo district in Laos has been located.

Citing statements by Lao police, a district chief in Chiang Rai province said Singkaew Wongyai’s vehicle was hijacked by three armed men while he was travelling in Laos, and the assailants snatched him at gunpoint.

A Thai police source said Singkaew had probably been taken to China, possibly due to a number of conflicts he had with Chinese merchants over trade of sugar and decorative trees, after he allegedly failed to supply them sufficient materials under trade deals.

Thai and Lao police are jointly investigating the case, which has reportedly stemmed from Singkaew’s business conflicts with one particular Chinese businessman, to whom Singkaew allegedly owed Bt13 million.

Singkaew’s daughter told Thai police on August 27 about the undated kidnapping. She showed them a video clip made by the kidnappers, who could be seen pointing a handgun at Singkaew’s head. They ordered her to wire Bt5 million to a Thai bank account.

The assailants also sent a message to her using Singkaew’s Line account, saying: “I will kill your father if you tell the police.”

Singkaew, 54, appeared in the video to be shot in a leg, with blood stains on his pants. He is the head of a cattle export association in Chiang Rai’s Chiang Saen district.

Lao police in Bo Keo district have reportedly summoned four Chinese business partners of Singkaew, as well as the Lao driver and another Chinese man who were travelling with him to determine if they secretly cooperated with the kidnappers.