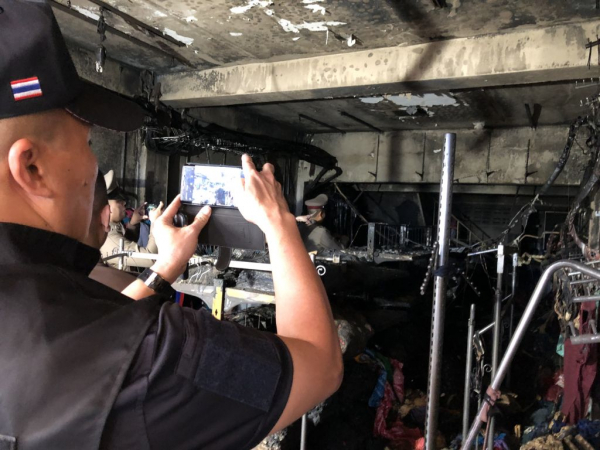 Police are hunting for three young men and two young women suspected of an arson attack at the clothes market in Bangkok’s Pratunam area on Friday morning. This incident is believed to be related to the series of blasts in the capital.

Pol Lt-Colonel Panom Chuathong, deputy inspector of the Phya Thai Police Station, said the five individuals were seen entering a cloth shop in the roadside market at 11am on Thursday and leaving without making any purchases. All five were wearing flu masks, Panom added.

The fire burned down stalls on Soi Petchburi 19 in Bangkok’s Ratchathewi district on Friday morning, and there were smaller fires set off simultaneously in the same area.

Investigators found a circuit board at the original shop, called Hop, while another circuit board and timer were found at a shop called Pui. This evidence prompted the police to suspect these fires were linked to the bomb blasts, which were also detonated using timers.