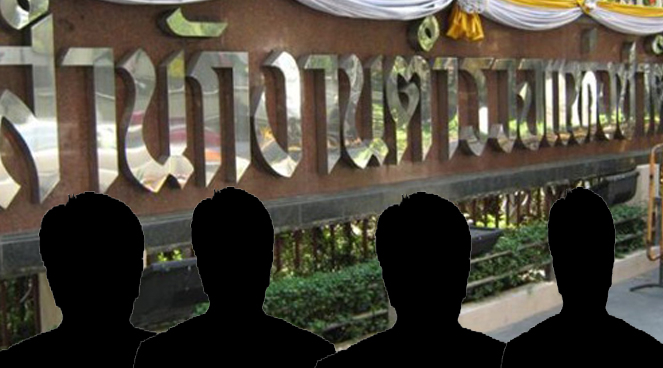 Police have so far arrested four suspects in connection to a series of arsons and bomb attacks last Friday morning (August 2), a police source said on Tuesday.

The source said two of the four were the first two arrested in Chumphon early on Friday after they allegedly planted two bombs in front of the Royal Thai Police headquarters, but the bombs were detected and destroyed on Thursday evening.

The source said the two other suspects were suspected of being involved in arson attacks in the Pratunam area.

Arson and bomb blasts hit several parts of Bangkok from early to late on Friday morning.

The source added that investigators had discovered that the four suspects had arrived in Bangkok on July 20, staying in rented rooms on Soi Ramkhamhaeng 65.

The source added police investigators have so far interrogated several witnesses, including taxi drivers who drove suspects to destinations. The investigators also interrogated vendors in the Pratunam area, who reported that they had seen the suspects visiting the spots on several occasions.

The source said police sought help from the Marines, who sent their sniffing dogs to check several sites on Saturday to gather evidence. Police are now in the process of seeking arrest warrants against seven more suspects, the source said.

The source said police believe 15 people took part in the operation. Two bombers were in charge of launching an attack on the two shopping malls in Pathumwan, two more at the Chong Nonsee BTS station, two at the Government Complex at Chaeng Wattana, one at the Office of the Permanent Secretary for Defence Ministry, two in front of the Royal Thai Police headquarters , two in a Pratunam-area mall, as well as an additional four arson suspects in the Pratunam area.