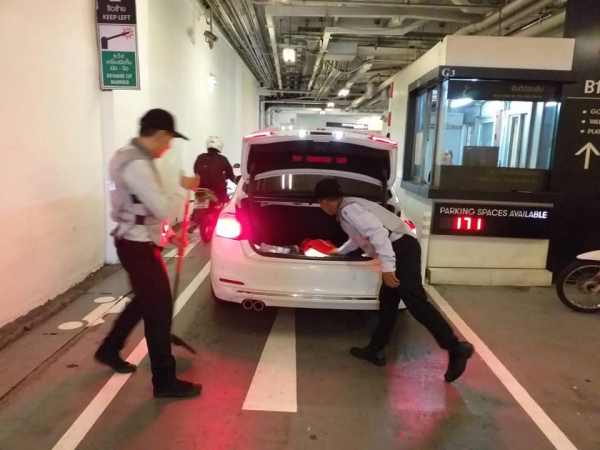 Major shopping malls have stepped up their security measures to deal with the recent blasts in Bangkok while also expressing confidence that the impact will be limited as people continue to spend normally.

Nataphong Kitnitchiva, chief operating officer of the Mall Group, told the media that the level of security during the day had been raised at all of its shopping malls, with checks of vehicles, baggage and belongings put in place at all vehicular and pedestrian entrances,

“We have instructed our cleaners to collect garbage in the mall area every hour. Patrol officers will check all the car park areas hourly while K9 officers and their dogs will walk around the building and all risk areas every three hours,” said Nataphong, adding that an administration unit staffed by 191 and firefighting officers has been set up and is on standby at its shopping malls, and will check the entire area around the clock.

“From our observation over the past week, we found that most people are carrying on as normal. They are showing strong interest in our promotional activities and have joined the marketing events and concerts at our malls,” added Voralak Tulaphorn, chief marketing officer of The Mall Group.

“However, we will not be careless, but intensify our security measures around the clock to raise confidence and ensure the safety of all customers coming to our malls,” she said. 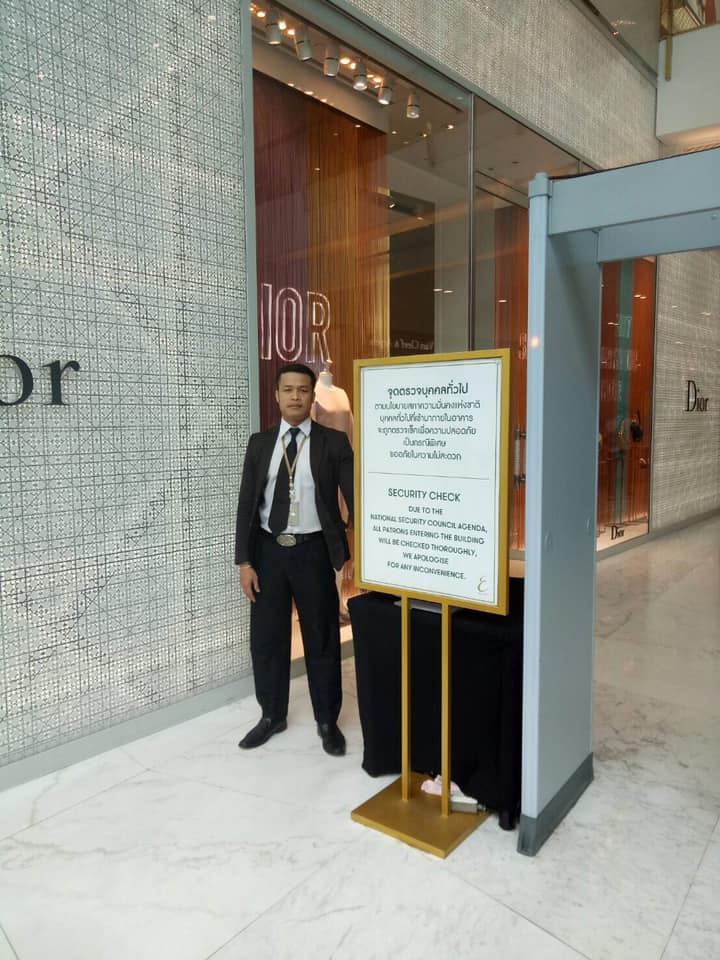 Nattakit Tangpoonsinthana, executive vice president for marketing, Central Pattana (CPN), also said that no significant impacts had been noted as a result of the Bangkok blasts and that shopper traffic was normal.

He added that the company had no intention of postponing upcoming activities, such as the rotation of its creative lifestyle events like Japan Week, which is slated for Chiang Mai from August 16 to 18, and Nakhon Ratchasima from August 30 to September 1.

Nattakit said that CPN has intensified its security measures at all shopping complexes both in Bangkok and on the outskirts, in the south and in all tourism cities throughout the Kingdom, such as in Chiang Mai, Chiang Rai, and Pattaya.

“We have prepared our security staff and instructed them to carefully check all vehicles moving into our mall buildings and will also provide information on the action plan to all our retail tenants so that they can prepare to react in the event of an unexpected incident.”

“The safety of our customers and our colleagues is our top priority,” said Salinla Seehaphan, corporate affairs director at Tesco Lotus.

“Tesco Lotus has implemented several security measures to protect customers and colleagues in our premises. Due to the recent incidents, we have stepped up security measures at our retail stores and premises and these include more frequent patrols by our security teams along with wide coverage of CCTV technology for enhanced surveillance,” she said. Kiatanantha Lounkaew, a lecturer at the Faculty of Economics, Thammasat University, said that the effect of recent blasts on Thai economy, especially the tourism sector, would be limited in scope. “This is because the incidents are believed to be politically motivated. If this is just a one-off event, it should not have a discernable impact on investment and tourism market. The challenges for authorities are to ensure that such incidents will not be repeated in the near future. Security measures must be heightened and made visible. News on the progress of the investigation should be released in a timely fashion to keep tourists and general populace informed,” said Kiatanantha.