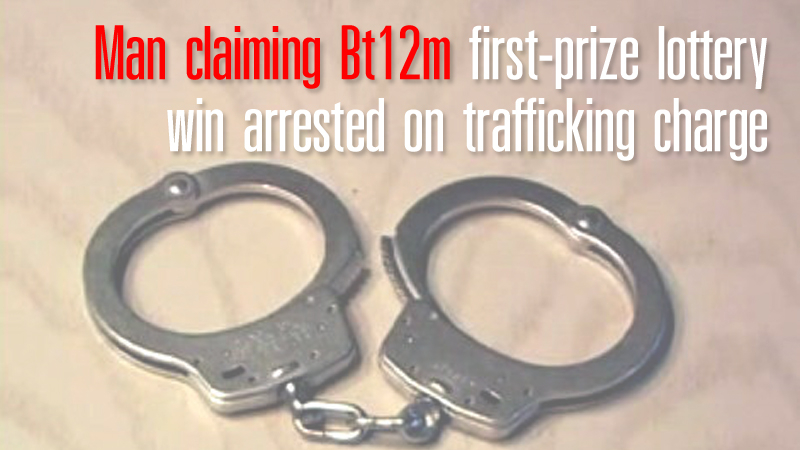 A man claiming to have won a first-prize lottery for Bt12 million was arrested, and a small bag of methamphetamine pills were seized from his new house in Samut Sakhon’s Ban Praew district, after he was suspected of laundering drug money.

Acting on tip-offs about a house in Moo 6 village in Tambon Ban Praew of Ban Praew district, police raided it and arrested the owner, Yut Wongthanom, 38.

Police found a plastic bag with 31 meth pills buried under a mango tree inside his house compound.

Yut claimed that he had won Bt12 million from two first-prize winning lottery tickets in the July 16 draw. He said he spent Bt7 million to buy a 4-rai plot of land and another Bt3.5 million to build a house on the land where he is living.

He claimed that he did not sell drugs, but had bought them for his own use and that of his friends who often visited him to use the drugs for free.

But police said they suspected that the man had spent money earned from drug trafficking to buy winning lottery tickets in order to launder the drug money.