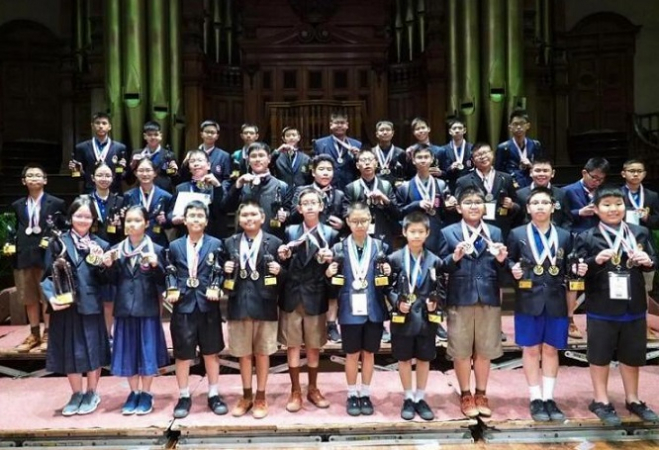 The 32 Thai representatives, who returned to Thailand on Wednesday night after joining the SAIMC 2019 held from August 1-6 in the South African city of Durban, were warmly welcomed on their arrival at Suvarnabhumi Airport by Office of Basic Education Commission secretary-general Suthep Chitayawong, officials, teachers and parents.

Anuban Yala School pupil Passakorn Jirarattanasopa, who won gold medals in the individual and team categories as well as the silver medal for overall score, said he had developed a mindset of being diligent and hard-working hard at school as a strategy to achieve his goals and had prepared himself for the stressful competition environment by practicing with test papers and getting familiar with math questions.

Pathum Thani-based Prathom Thammasat School pupil Kantinan Laiprasert, who won a gold medal in the team category and two silvers for individual and overall score, said that he loved mathematics because it had posed different challenges and thanked his parents for their tutoring and support.

Bangkok Christian College pupil Thanakorn Attavechakul said he was overjoyed to represent Thailand in this international contest and win awards. He had prepared for it by practicing on old math test questions and reviewing lessons at home as to have a strong foundation about theories to apply in answering questions in the competition.